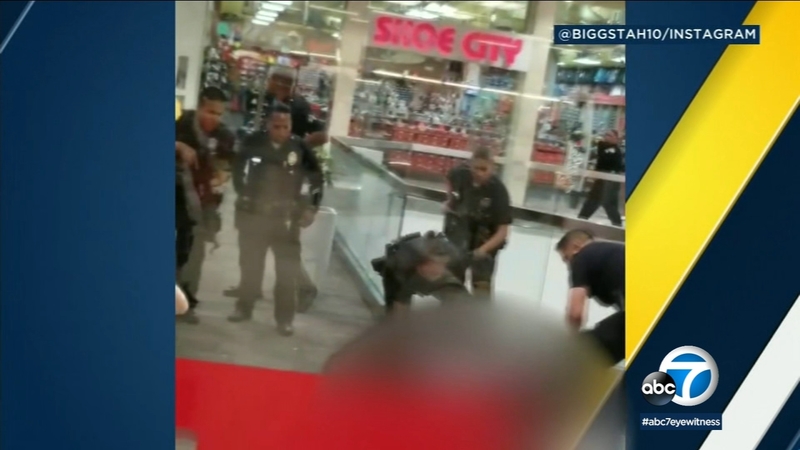 WOODLAND HILLS, LOS ANGELES (KABC) -- The family of a mentally ill man who was shot and killed by police at the Baldwin Hills Crenshaw Plaza last April is now filing a lawsuit.

A mother was overcome with grief Thursday, nine months after her son, 30-year-old Grechario Mack, was shot and killed by Los Angeles Police Department officers when he wouldn't drop a knife.

Mack's family has now filed a wrongful death lawsuit against the city, seeking damages in excess of $5 million.

Mack's family said they have been going through hell since his killing last April. They point to his autopsy showing Mack was shot in the back by officers.

"They shot him numerous times. After he fell and went down, he's no longer a threat, they walk over and shoot him again in the back. For what? He had no gun. He dropped the knife when he fell," said Mack's father, Quintus Moore.

"I'm praying because I'm asking for justice. I'm praying that someone will hear my voice and see my tears," Mack's mother, Catherine Walker, said.

In addition to the LAPD's version of events, the family's legal team will have to overcome witness testimony like this one from the day of the shooting: "I heard the officers patiently telling the guy, 'Put it down, put it down, put it down.' He kept gesturing, gesturing and gesturing, and he would move towards them and move back, and towards them and back. And they still didn't shoot. But when he took off towards where other people are, that's when they had to shoot," a witness said.