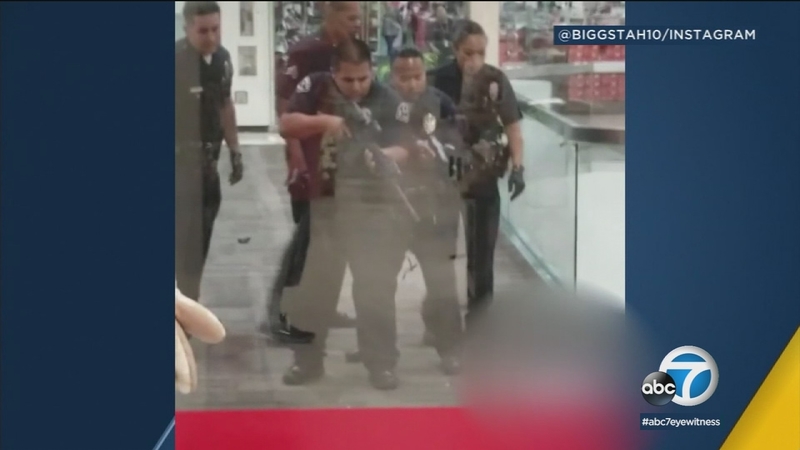 The incident happened inside the mall Tuesday evening and authorities said the suspect had a knife and then began lunging toward people with it. That's when they opened fire.

"I was running and I saw him and he was looking inside the store and then I heard gunshots. I immediately turn around and I was running and running," a woman who did not want to be identified said.

Tim Williams, a former police officer, went live on Facebook as the confrontation unfolded as officers continued to warn the suspect to drop the weapon. He said they shot the man when he ran toward other people with the weapon.

The man died at the scene, and a knife was found near his body.

On Wednesday, the mall was back to normal as some shoppers were unaware of the dangerous standoff that took place the day before. Other shoppers said it is hard to believe it happened inside the mall.