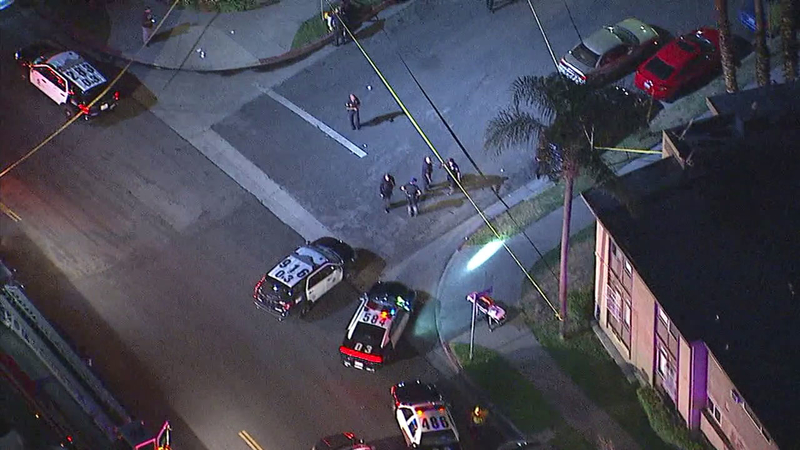 BALDWIN HILLS, Calif. (KABC) -- A person was shot and killed on a sidewalk in Baldwin Hills Tuesday night, police said.

The shooting was reported in the 4000 block of Palmyra Road in Baldwin Hills. Police say a large crowd had gathered at the scene and officers requested assistance with crowd control.

The victim was shot in the head and not breathing when officers arrived.