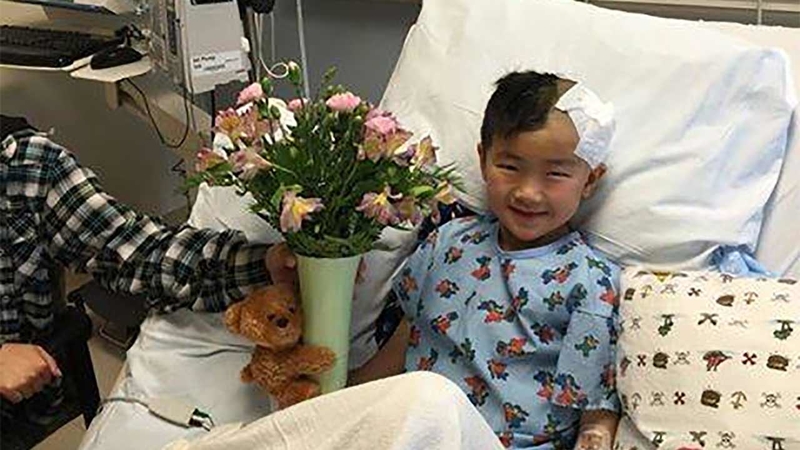 ARCADIA, Calif. (KABC) -- The parents of a 7-year-old boy who fractured his skull at Baldwin Stocker Elementary School in Arcadia are demanding answers.

Jenny Yang and Eli Tsou say their son, Jeremy Tsou, was bullied but district officials and police say the May incident was an accident.

"I woke up to the sound of my son vomiting and screaming from pain with severe headaches," Yang said.

Jeremy's parents claim the district changed its story after learning how serious their son's injuries were.

"That day he came home with a school note stating, 'He was pushed by another student, causing him to fall down and hit his head on the desk,'" Yang said. "A week later I find out that the district investigation suggests that my son slipped on a pencil."

"They claim to have complete and thorough investigations, yet they omit the entire account of my son. They don't include it at all in the reports," Tsou said.

Jeremy made it through brain surgery and is now back in school.

While his parents raise awareness about bullying, other parents are defending Baldwin Stocker Elementary School.

"I've been on the school campus for five years, and not once has a parent come up to me and brought up an issue of bullying at Baldwin Stocker," parent William Owen said.

Jeremy's parents are asking for an independent investigation and say they still haven't decided whether or not they're going to pursue legal action.

"We want school to be safe. We don't want something like this to happen again," Yang said.