Ballistic backpacks, laptop cases made to stop gunfire, even from AK-47 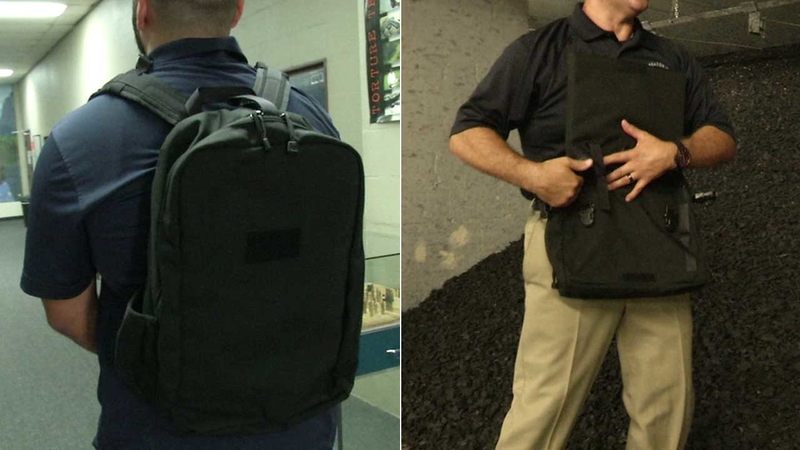 Ballistic backpacks, laptop cases made to stop bullets, even from AK-47

ARTESIA, Calif. (KABC) -- Two former and current police officers teamed up to manufacture backpacks and laptop cases that can stop bullets, even from an AK-47.

These products were made for law enforcement agencies as well as civilians.

Watch Anabel Munoz's Facebook Live below, in which she explains the ballistic backpacks in English and Spanish:


Weaver said the version of his products made for law enforcement come with features that can hold holsters, magazines, police ID and more.

He said it's also a more light-weight alternative.

"The old metal plates and the ceramic plates were, some of them were like 10 pounds apiece," Weaver said.

Eyewitness News was able to test the plates at Insight Shooting Range in Artesia. The round from the gun struck one of Weaver's polyurethane plates, which barely showed any signs of force in the front but showed some protrusion in the back from the bullet's impact.

David Lopez, a criminology and sociology professor, worked alongside one of the two officers while volunteering with the LAPD.

"It's something I would use because as a professor, I'm responsible to a certain degree for the students that are in my classroom," Lopez said.