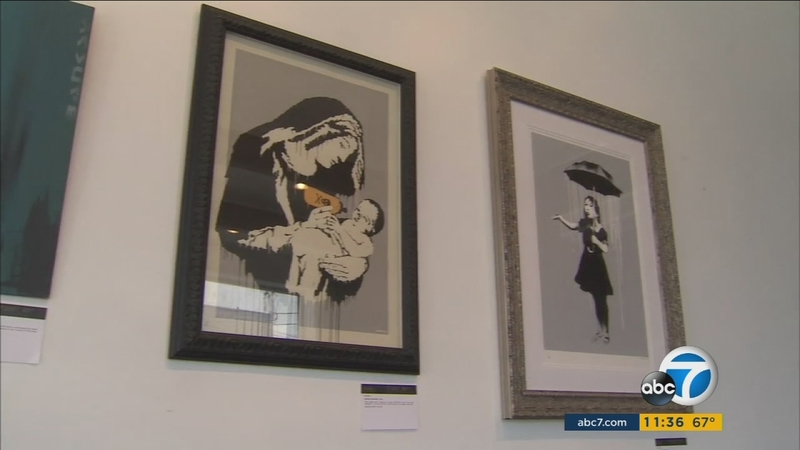 LOS ANGELES (KABC) -- A collection of works by the street artist Banksy is up for auction this weekend in Los Angeles, expected to fetch six-figure amounts - even though no one really knows who Banksy is.

Julien's Auctions is holding its biannual Street & Contemporary Art featuring a number of works by the mysterious England-based graffiti artist who is known for satire and social commentary.

Perhaps the most anticipated is a Banksy collection featuring eight artworks expected to sell for over a half a million dollars alone. Pre-auction bids also have been placed for single pieces like "Happy Choppers" which is already at $100,000 and could rise.

Despite recent investigations, his identity remains unknown. There's even speculation Banksy is a woman or a collaboration of seven different artists.

Auction house officials say the higher prices expected at the event are a recognition that his brand of street art is becoming more respected.

"Finally these pieces are starting to sell for hundreds of thousands of dollars, and people are really starting to respect street art and urban art as serious art form," said Michael Doyle with Julien's Auctions.

Other works sold at the auction include pieces by Shepard Fairey, Andy Warhol, Jeff Koons, Keith Haring and others.

The works are on display for free to the public now through Friday, from noon to 7 p.m. at Julien's, 741 North La Cienega Blvd.