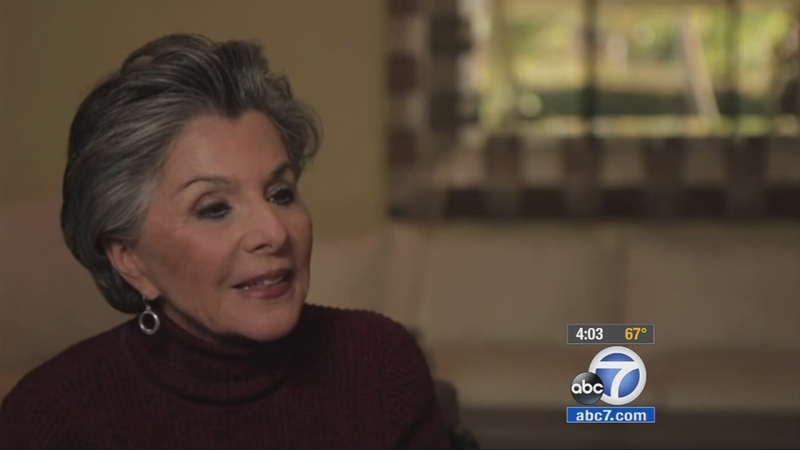 WASHINGTON (KABC) -- Sen. Barbara Boxer of California, one of the Senate's most ardent liberals, says she will not seek re-election in 2016 to a fifth term in office.

The 74-year-old Democrat made the announcement in a video with her grandson, Zach Rodham.

Rodham asks if she is retiring, and Boxer responds, "I am never going to retire. The work is too important. But I will not be running for the Senate in 2016."

Boxer said her age was not a factor in her decision, nor was infighting in the Senate, which is now led by Republicans.

"I'm going to continue working on the issues that I love," she said in the video. "I have to make sure the Senate seat stays progressive; that is so critical. And I want to help our Democratic candidate for president make history."

In the strongly Democratic California, Boxer would have been a prohibitive favorite to win if she had sought re-election. Republicans have found it exceedingly difficult to find a candidate who can compete statewide.

There's a lot of speculation over who will run in 2016, and possible candidates have included Lt. Gov. Gavin Newsom, state Attorney General Kamala Harris and former L.A. Mayor Antonio Villaraigosa.

Los Angeles Mayor Eric Garcetti's name had also been mentioned as a possible candidate, but he quickly put an end to the rumors soon after Boxer's news broke.

"The first thing we should do today is thank Senator Barbara Boxer for being a powerful champion for our city, state and nation in the United States Senate. I love my job and I love my city and I am committed to the work here. I will not run for Sen. Boxer's seat," Garcetti said in a statement.

Boxer was first elected to the House in 1982 and then to the Senate one decade later. It was an election that marked a watershed year for women in politics with four winning U.S. Senate seats, including fellow Californian Dianne Feinstein.

The news surprised House Democratic leader Nancy Pelosi, who said at a Capitol Hill news conference she was unaware of Boxer's decision. Pelosi said the senator called earlier but that she missed the call.

"I thought she wanted to have dinner," Pelosi said. She described Boxer, who stands 4 feet, 11 inches tall, as "small in size but a giant in terms of contributions to her country."

"Sen. Boxer has been such a champion for the people of California, and indeed for our entire country," Pelosi said.

In the Senate, Boxer has been a staunch supporter of abortion rights, gun control and environmental protections. She says she is most proud of the vote she cast against the war in Iraq.

The California GOP said in a statement, "Senator Boxer's impending retirement at the end of 2016 will bring a long-overdue opportunity for change to California's representation in the Senate. For far too long Senator Boxer has pushed a liberal agenda that does little to address the challenges facing millions of Californians and Americans alike."

Boxer also authored legislation that designated more than 1 million acres of land in California as wilderness, a classification that is the highest level of protection and generally does not allow for motor vehicles, new roads and mining. She also led efforts to prevent oil drilling in the Arctic National Wildlife Refuge in Alaska.