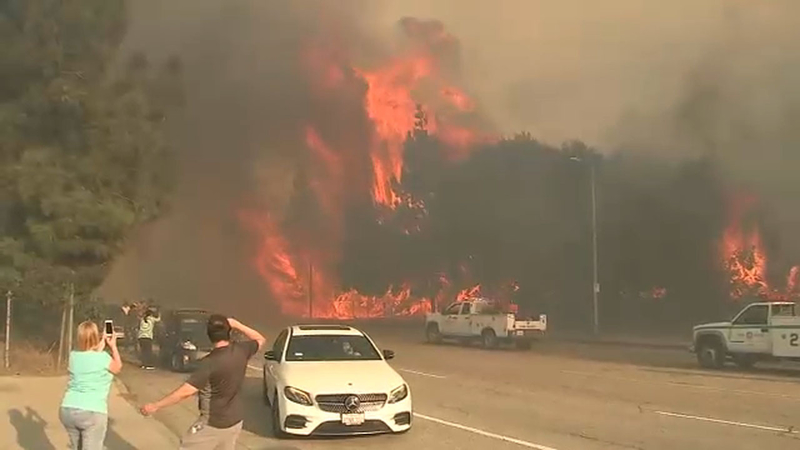 Over 230 Los Angeles Fire Department air and ground units responded to the blaze near 3694 North Barham Blvd. around 1:52 p.m., fire officials said. The blaze had burned at least 34 acres of moderate to heavy brush and was 15% contained by 6:30 p.m.

Although firefighters stopped forward progress of the blaze a few hours after it ignited, a stubborn hot spot continued to burn behind the studios Saturday night. The fire fight would likely last into Sunday, fire officials said. hoping to keep it confined within Forest Lawn Cemetery.

A massive column of thick smoke could be seen for several miles, from Santa Monica to the San Fernando Valley.