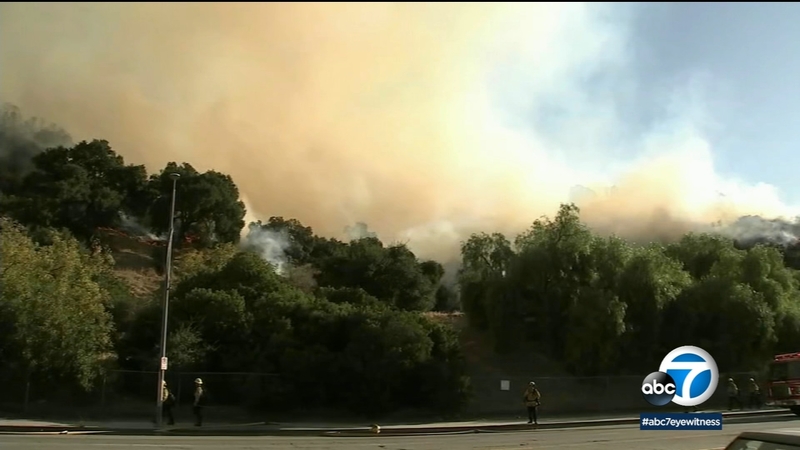 Over 230 Los Angeles Fire Department air and ground personnel battled the blaze that broke out near 3694 North Barham Blvd.

The blaze scorched through 80 acres of brush and firefighters said they had reached 80% containment by Sunday evening.

Crews will continue to work through Monday as terrain was very steep and making for a challenging mop-up.

A massive column of thick smoke could be seen for several miles, from Santa Monica to the San Fernando Valley after the fire first broke out Saturday.

Update #BrushFire#BarhamFire; INC#0845; 9:30AM; 3694 N Barham Bl; https://t.co/NIzkmUr7pL; #HollywoodHills; Air and ground crews worked throughout the night to stop all forward progress of the fire, keeping it within the control ... https://t.co/y6ORc8AZfx