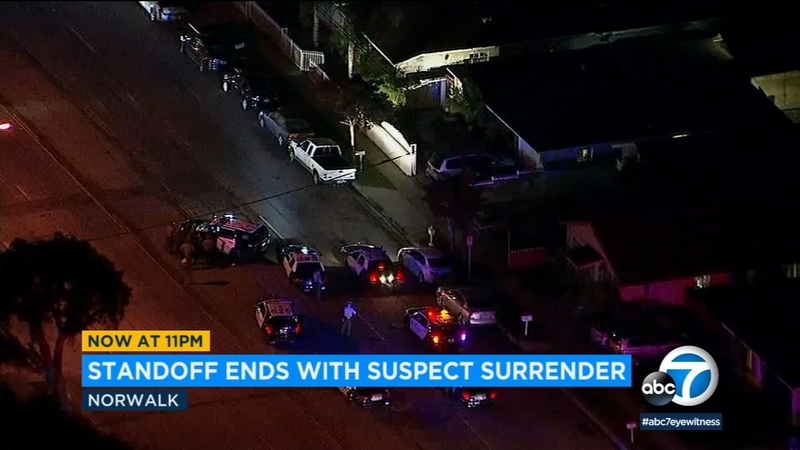 NORWALK, Calif. (KABC) -- A woman was shot, possibly in the leg, and a man barricaded himself inside a home in Norwalk for several hours Wednesday night.

After nearly three hours inside the home with deputies outside, the suspect finally emerged and surrendered without further incident.

The incident happened in the 14500 block of Carmenita Road and residents were asked to stay inside their homes or avoid the area altogether as sheriff's deputies negotiated with the suspect.

A woman reported being shot in the leg, possibly by her husband or boyfriend, and neighbors told authorities they heard gunshots.

The woman at some point was allowed to leave the home and was transported by ambulance to a nearby hospital.

Officials were concerned there may have been a toddler inside the home with the man while he was refusing to exit.
Report a correction or typo
Related topics:
norwalklos angeles countybarricaded manshootingbarricadedomestic violence
Copyright © 2021 KABC-TV. All Rights Reserved.
More Videos
From CNN Newsource affiliates
TOP STORIES