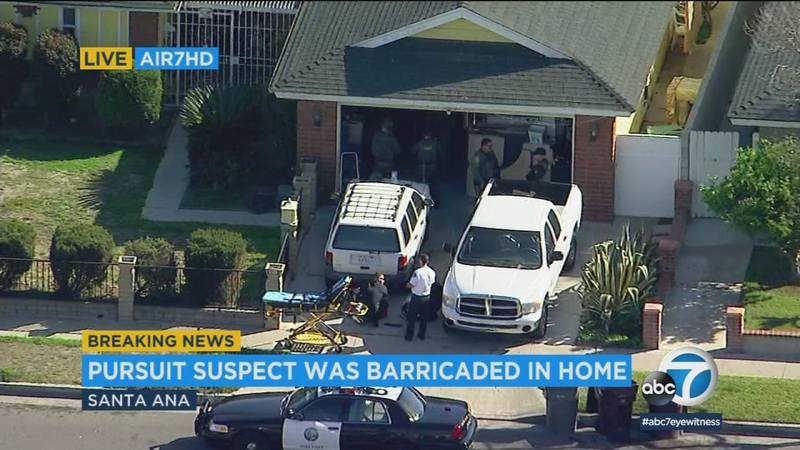 SANTA ANA, Calif. (KABC) -- A man barricaded himself inside a Santa Ana home after leading authorities on a wild chase Tuesday.

Authorities said a chase started in San Clemente with the suspect on a motorcycle. He was pulled over by an Orange County sheriff's deputy, but then took off. The man at one point got into a U-Haul and a short chase ensued on the 73 Freeway.

During the chase, the suspect hit a few parked cars and then ran into a home in the 1800 block of Saint Anne Street. Authorities said the man's girlfriend lived in the home.

Authorities tried negotiating with the man, named Justin, to come out, but when he did not comply a K-9 and tactical team were sent into the home.

The man was taken into custody.