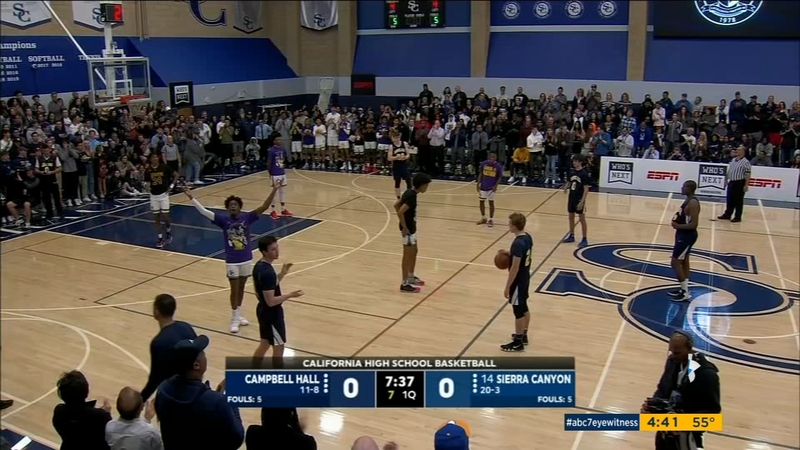 The Sierra Canyon team roster includes the sons of two NBA stars who knew and admired Bryant and played against him - Bronny James, the son of LeBron James, and Zaire Wade, the son of retired Miami Heat star Dwyane Wade.

LeBron James attended his son's game, the first time he has been seen in public since the crash.

Both high school teams opened the game with pre-arranged shot-clock violations, one for 24 seconds and one for eight seconds, to honor Kobe's two jerseys, No. 24 and No. 8. The tribute was similar to that followed by NBA teams around the league in the wake of the retired Laker superstar's death.