Basset hounds stay at dying baby's side until the very end

DULUTH, Minn. -- A family's two pet dogs refused to leave the side of a terminally ill baby girl as she lay dying.

"It was really nice," mom Mary Hall of Duluth, Minnesota, told ABC News. "It brought us a lot of comfort to have them (there). But by the end of the first day, you could see they were stressed out and depressed. Normally, they're very happy-go-lucky. We knew they could sense there was something wrong."

Nora Hall, 5 months old, died May 2 after suffering a stroke April 6 and spending three weeks in the hospital. The family's basset hounds kept Nora company in her last hours and were with her when she died. 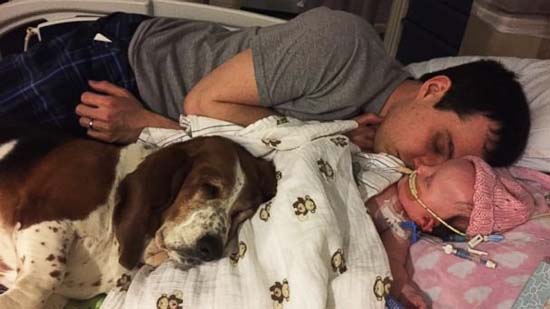 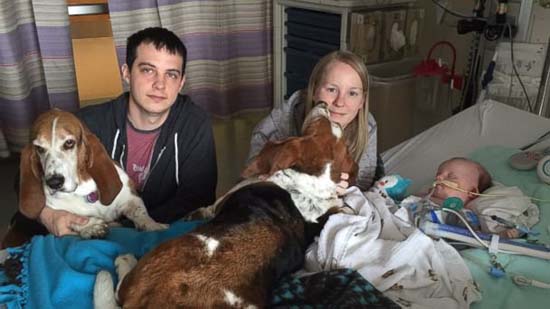 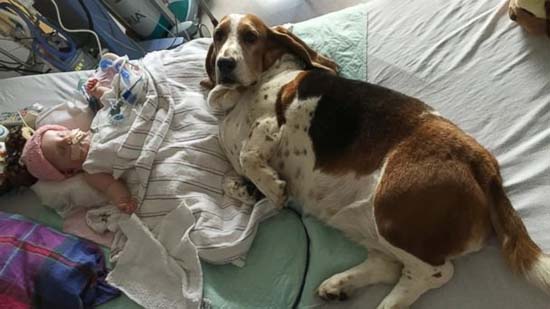 1 of 3
A family's two basset hounds refused to leave a dying child's side and stay with her until her final breath. (Mary Hall)
Mary Hall

"She died with her puppies at her feet and while being held close in the arms of her parents as they sang to her and caressed her and told her how very much they loved her," her mother, Mary Hall wrote on Facebook. "She went without pain or fear."

The dogs had played an important role in easing the family's pain and gained considerable social media attention when Hall posted a photo of the dogs in Nora's hospital room.

Hall said the family's dogs, 8-year-old Grumpy and Gracie, have loved Nora since the day she arrived home from the hospital.

"Gracie, especially, took on the role as second mother," she said. "Whenever Nora would cry, Gracie would run to see what was wrong. She was always, always by Nora and kissing her and making sure she was OK."

As Nora's days were sadly numbered, Children's Hospital in Minneapolis asked Mary and John Hall whether they had any final wishes for their daughter.

"I asked, 'If you could let us have our dogs (at the hospital), we'd really appreciate that,'" Hall recalled. "I didn't want to go home and have them sniffing around for her and not knowing where she went. They lowered the bed so the dogs could lay with her and Gracie ran up and licked her (Nora)."

Hall said she is grateful for the hospital honoring the special exception of having Nora, Gracie and Grumpy together one last time.