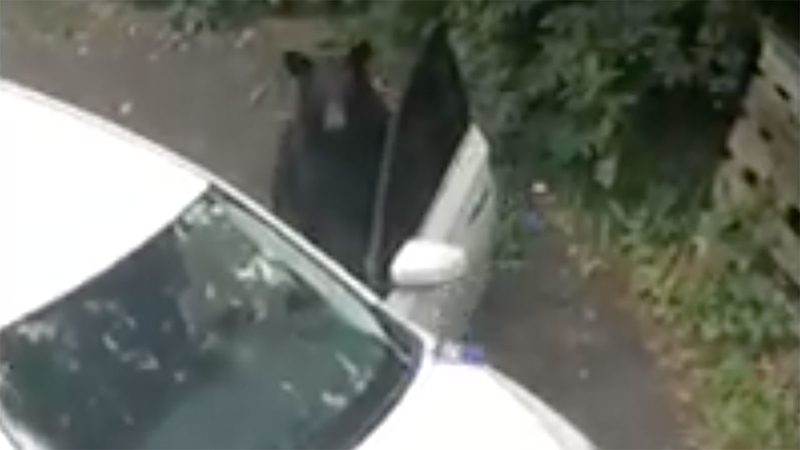 GATLINBURG, Tenn. -- A bear with a taste for candy made off with one family's stash of sweets as they vacationed in Tennessee.

Jevon Nickerson and his family watched from above as the hungry bear pillaged their white sedan near Gatlinburg on Friday. He said he heard rustling and initially thought it was his younger brother but soon realized that a bear was causing the disturbance.

"We started yelling and trying to scare it off," Nickerson said. When yelling didn't work, he added, his stepmom threw a can at the car and the bear finally walked away.