A plucky bear was caught on camera breaking and escaping out of a van's window after a woman accidentally trapped it inside.

ASHEVILLE, North Carolina -- A plucky bear was caught on camera breaking and escaping out of a van's window after a woman accidentally trapped it inside.

Nicole Minkin Lissenden said she parked her van outside of her parents' home in Asheville, North Carolina, on Sunday. While the car was still unlocked, a bear somehow opened the passenger side door and crawled inside.

Lissenden then noticed that the door was open, so she closed it, accidentally trapping the bear. When she returned 30 minutes later to retrieve something from the car, she noticed fog on the windows -- and an ominous paw print.

"As I tried to figure out what to do, the bear started getting more anxious to get out and set off the alarm, honked the horn and rocked the van back and forth," Lissenden said.

Lissenden and her husband tried to open the van's automatic doors remotely, but the bear's tussling managed to break them.

Finally, Lissenden's husband unlocked the driver's side door with a key. The bear, however, didn't seem to care that the door was unlocked and decided to dramatically grab onto the window, breaking it, and squeeze its way through instead.

The couple survived the incident, but their van did not!

"After he left our yard, he walked right into a neighbor's kitchen. We're just happy no one was hurt," Lissenden said. 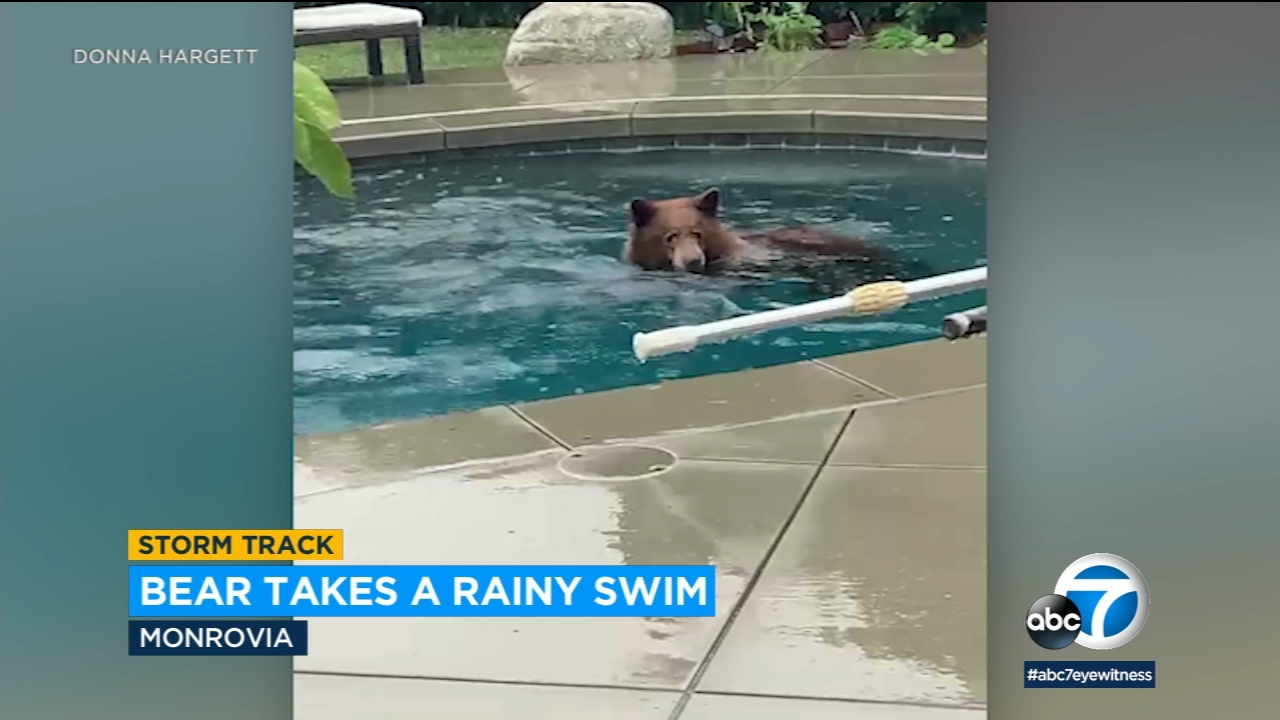 Bear takes a dip in Monrovia family's pool during storm