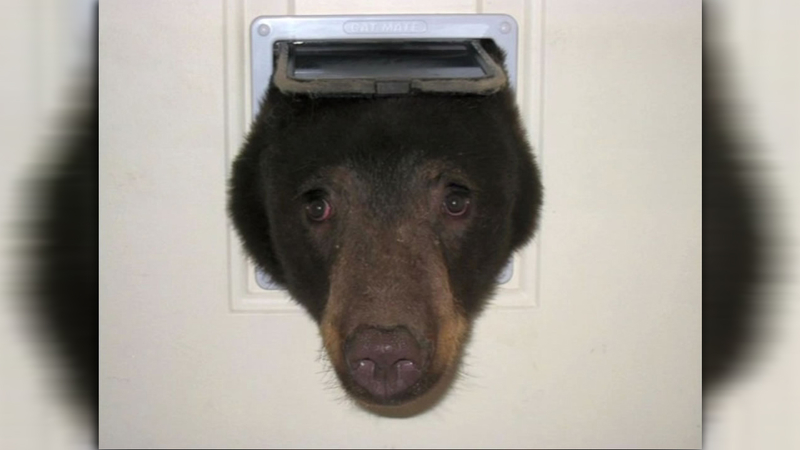 The latest encounter involves a curious animal who was in search of a snack. But this bear didn't get inside. Instead, it got its head stuck through the cat door of Doug Harder's home.

Harder says he wasn't scared because he knew the bear was too large to get through.

"I see the bear just keep trying to get to the door, just bobbing it's head in and out," Harder told ABC News.

He says he was lucky to get the picture before the animal ran off.

This was not his first run-in with bears. In May, a bear and two cubs climbed up the side of his condo onto the second-floor deck. These bears even made it inside.

"I was gone for a couple of days, I had left my sliding glass door open about seven, eight inches, apparently it squeezed through that," Harder said.