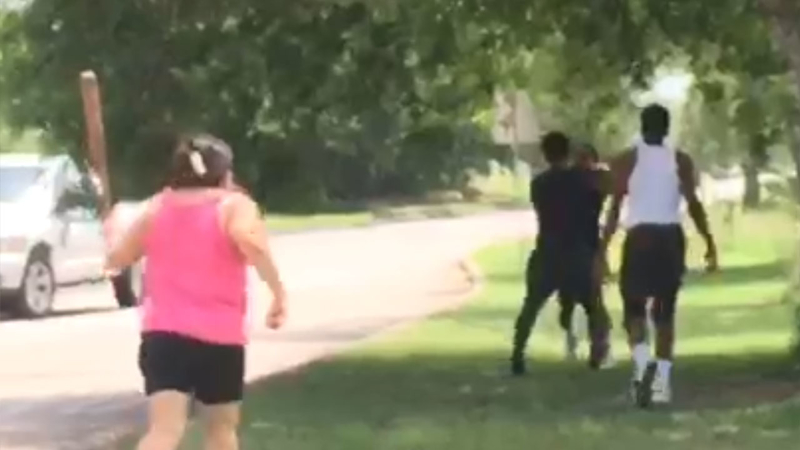 HOUSTON -- A man was beaten up along a busy southwest Houston road, and it was all over his expensive Air Jordan shoes, according to a witness who captured the fight on camera.

"The fight led into the street an eventually into the median," said Justin, who did not want to give out his last name.

Justin recorded the street fight on his iPhone. The video shows one man on the ground with another man on top of him, beating him as another man is seen taking off the victim's shoes. In one stance, the victim is seen being kicked in the face several times.

"I felt terrible for the guy," said Justin.

Justin said he didn't want to intervene, so his co-worker sitting next to him called police. The victim was seen getting back on his feet. He tried to get his shoes back but was punched again. Then, two women are seen running to help the victim, one was holding a baseball bat. They threatened to use it.

"They just gave up. Two guys gave the shoes back so they just started walking off and ran off into the neighborhood," said Justin. "It's stupid, pointless."

According to Justin, police did not arrive soon enough to give a statement. No one has been charged with a crime. It's not clear who badly the men were injured in the fight.