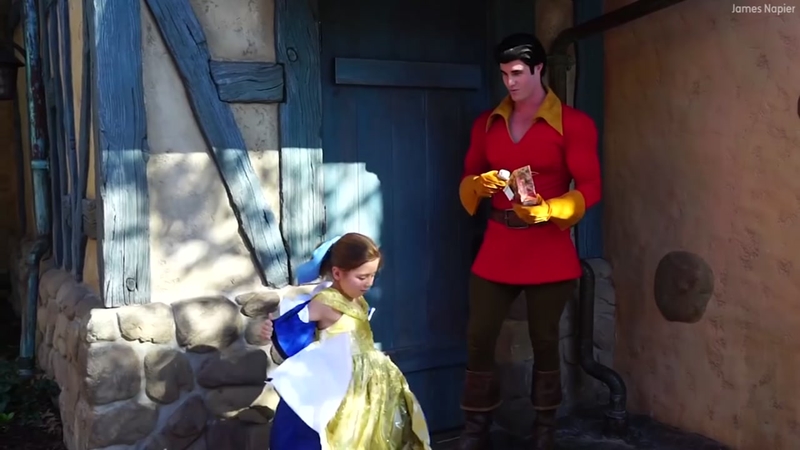 A 5-year-old Beauty and the Beast superfan wowed Disney World's Gaston with her elaborate costume change.

When young Daisy approached the costumed character, she was dressed like Belle at the beginning of the movie, but in seconds her dress transformed into Belle's iconic yellow ball gown. Gaston was clearly impressed, saying moments later, "I'm still in shock right now. That was incredible."

The enchanting outfit was part of Daisy's Christmas present, along with the trip to Orlando, her mom, Emma Napier, told ABC. She said the dress was brought to life by Designer Daddy, who creates custom, whimsical dresses.

Daisy also gave Gaston a gift, a Gaston Tsum Tsum doll, which he described as "me as a hamster."