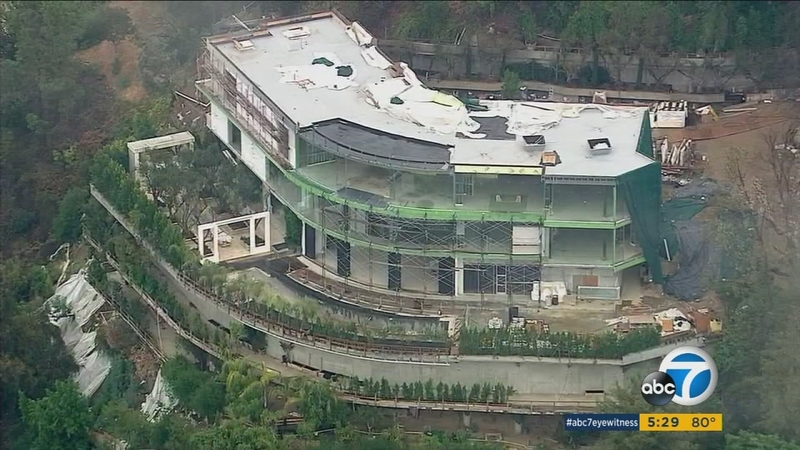 BEL AIR, LOS ANGELES (KABC) -- A renowned developer behind an unfinished mega mansion on a hill in Bel Air was sentenced Thursday for illegally building parts of the home.

The developer is the father of the famous fashion models Bella and Gigi Hadid, but he's become well known for illegally building a gigantic 30,000 square-foot mega mansion on a Bel Air hillside.

Construction was stopped by the city three years ago, after Hadid was cited for building a house that was bigger than the city allows.

Hadid wasn't in court on Thursday, but residents who live near the project were. They fought to stop the construction.

"We've basically just escalated this situation to the supervision of the court, and all I can hope for is that we may still yet see ordinances complied with," said Bel Air resident Daniel Love.

Hadid was ordered to complete 200 hours of community service and pay more than $15,000 in fines and restitution to the city. He's been given three years to secure proper permits and finish the job.

"At least it will be supervised by the judge and the prior threats by Mr. Hadid - that he would walk away and simply let it rot if he didn't get his way - I think the judge will be on top of not letting him do that," said Joe Horacek, also a resident of the community.