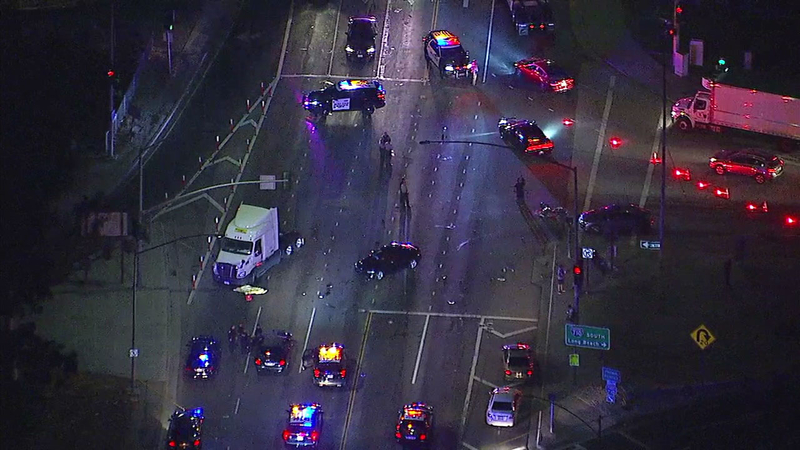 Los Angeles police said they responded to a crash on the Firestone Bridge over the 710 Freeway around 10 p.m. Authorities said the suspect was traveling at high speeds.

Footage from AIR7 HD showed multiple vehicles including a motorcycle were part of the crash, and a body was covered by a sheet near the front of a semi-truck.

It was unclear if the chase suspect or an innocent person died.

No further information was immediately released.