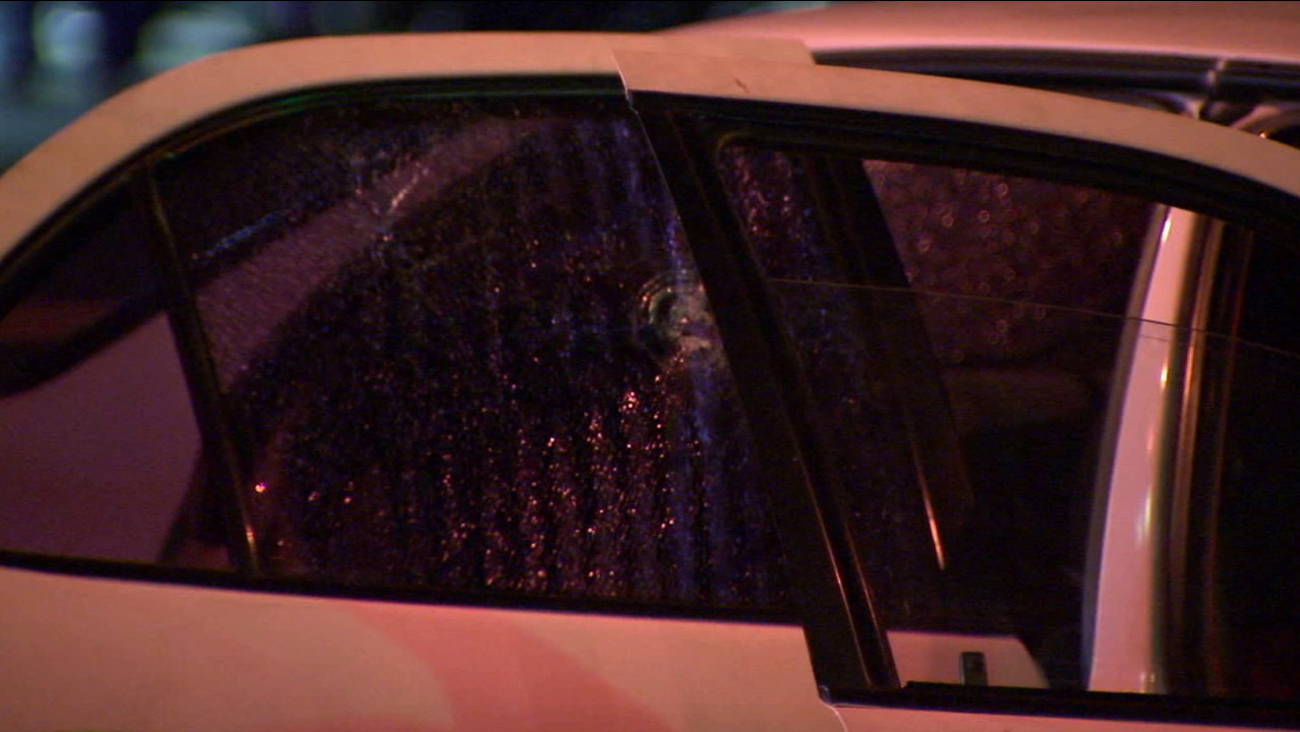 A bullet hole in a rear window of a car is shown after a shooting broke out during a road rage incident in Bell Gardens on Sunday, Sept. 6, 2015. (KABC)

BELL GARDENS, Calif. (KABC) -- Three people, including a father and son, were shot at a Bell Gardens intersection following a road-rage incident on the northbound 710 Freeway Sunday night.

Authorities received a call regarding shots fired at the intersection of Florence Avenue and Jaboneria Road around 7:39 p.m.

The three men were followed by the suspect and then possibly ambushed, authorities said. One person was shot in the leg, another in the chest area and another in the neck.

At least seven casings were recovered from the scene, and authorities believe a .45 caliber gun was used. Police were looking at cameras in the area for more clues on the suspects.