4 in police robbery attempt in custody after Bell Gardens standoff 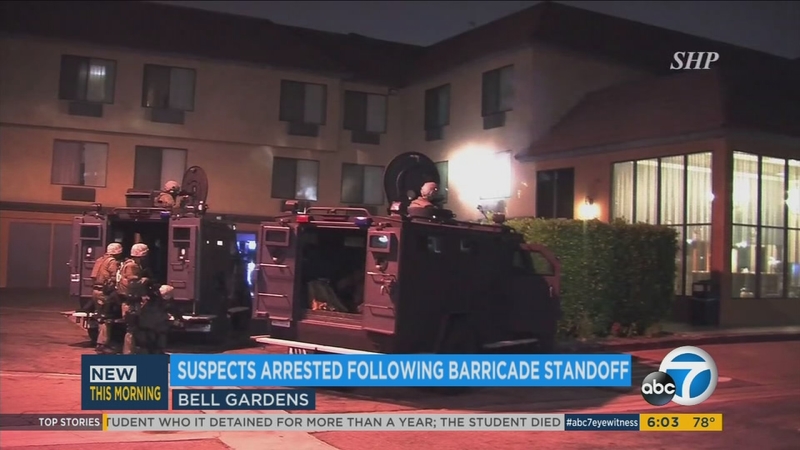 4 in police robbery attempt in custody after Bell Gardens standoff

BELL GARDENS, Calif. (KABC) -- Suspects accused of attempting to rob an off-duty Hawthorne police officer were in custody Friday after an hourslong standoff at a Bell Gardens hotel.

Four suspects, including two juveniles, were led away in handcuffs at about 4 a.m. at the scene of the standoff at a Quality Inn hotel in the 7300 block of Eastern Avenue, police said.

The barricade began just before 11 p.m. Thursday, which led to the evacuation of guests at the hotel.

Officers deployed gas and flash bang grenades to bring the standoff to an end. No injuries were reported.

Hawthorne police confirmed all suspects, two males and two females, were involved in Thursday's attempted robbery of a Hawthorne police officer, who was also shot at during the crime.