Man in his 20s shot to death in Bell; investigation underway 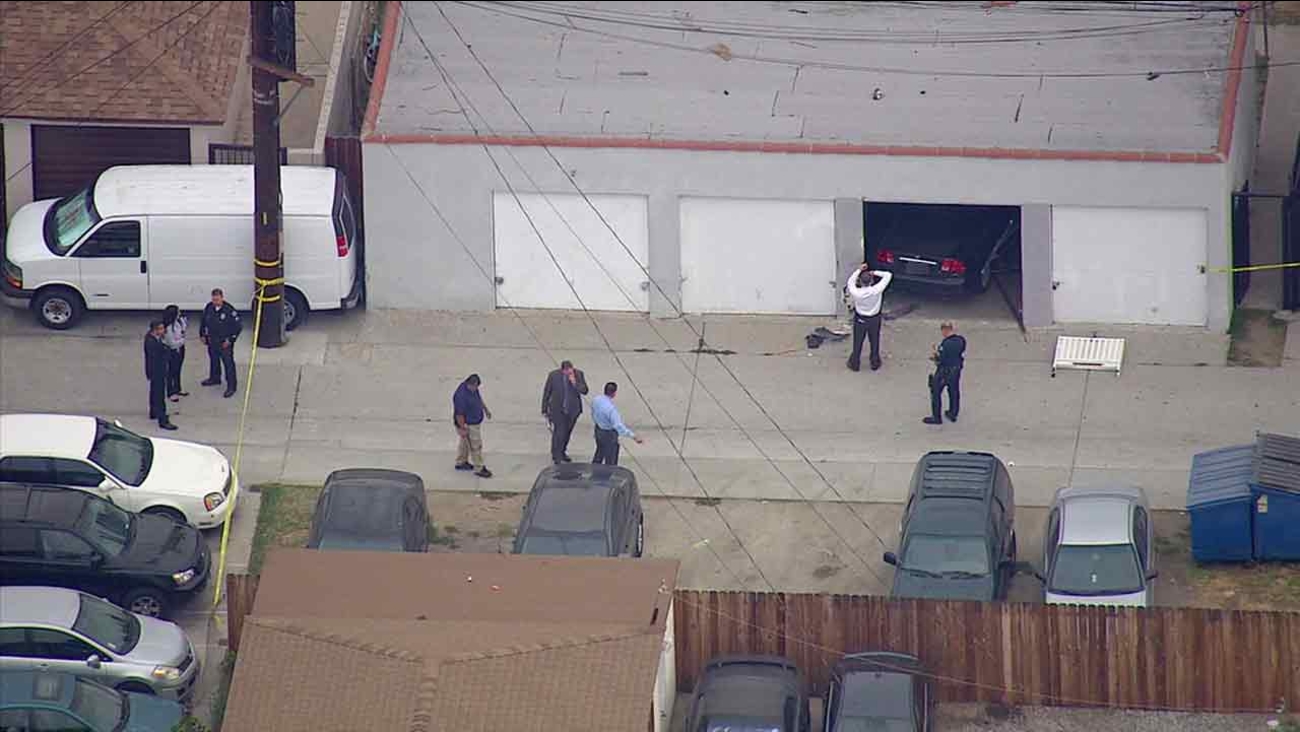 Law enforcement officials investigate the scene of a fatal shooting in Bell on Thursday, July 7, 2016.

BELL, Calif. (KABC) -- An investigation is underway after a man in his 20s was fatally shot in Bell, Los Angeles County sheriff's officials said.

Officers were called to the 4000 block of Randolph Street around 3:30 a.m. following a call about gunshots fired.

When officers arrived on scene, they saw a car that had crashed into a detached garage. Police found a man sitting in the front seat of the vehicle, suffering from a gunshot wound to the upper torso.

The victim was pronounced dead at the scene, officials said.

A witness told investigators that an unknown man was seen leaving the location on a bicycle shortly after the shooting. A description of the suspect was not available.

No arrests were made, and the circumstances surrounding the shooting were not clear. The victim's identity was not immediately released.