Rafael Rodriguez Jr., 20, was identified as the suspect, authorities said, thanks to numerous tips received from the public after surveillance video showing the attack was released on Valentine's Day.

Rodriguez is suspected of paying for two massages and then entering a third time to commit the robbery at So Relax Massage in Santa Ana on Feb. 12. Authorities said Rodriguez snuck in through a back entrance of the spa, surprising the owner and telling her he forgot his cellphone.

Santa Ana police are asking for the public's help to find a man caught on surveillance video walking into a massage parlor and brutally attacking the owner.

When the woman told him he could go get it, he pulled out a gun and attacked the woman. Surveillance video in the spa captured the violent attack. Rodriguez is suspected of then demanding cash from the woman, leaving with a little more than $200.

After following the tips from the public, Rodriguez was identified as the suspect and arrested at his Bellflower home. A search warrant was served and authorities said evidence was found linking him to the crime.

He was booked at Santa Ana Jail on suspicion of robbery, kidnapping for robbery, false imprisonment and assault with a deadly weapon. 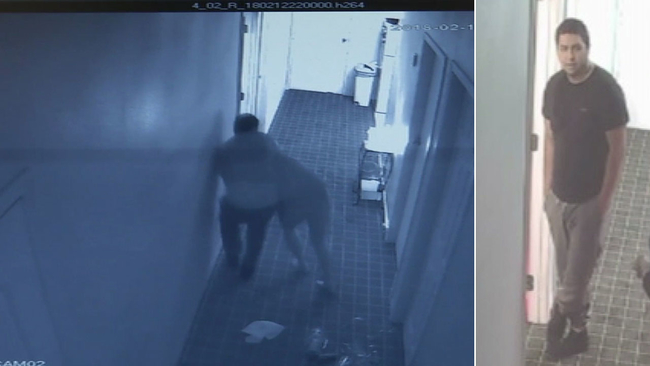