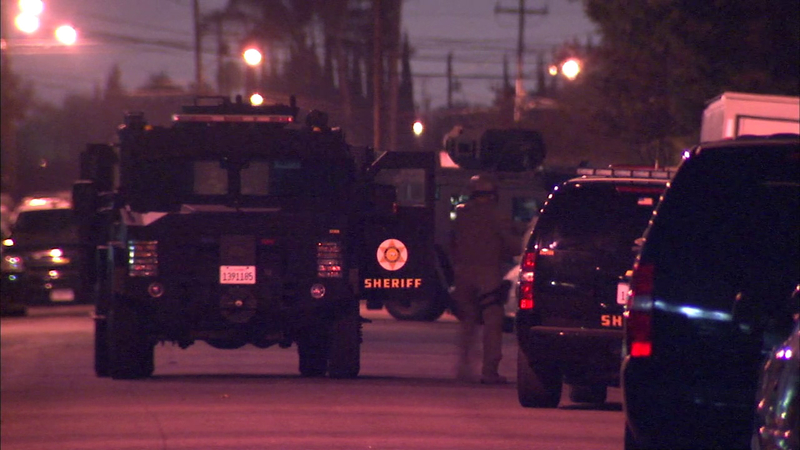 BELLFLOWER, Calif. (KABC) -- An hourslong standoff ended Friday morning at a home in Bellflower, involving a SWAT team and an armed man who was possibly mentally ill, authorities said.

The barricade situation began about 10:47 p.m. Thursday after deputies responded to a call of "a family disturbance with an armed suspect who threatened to shoot his father" in the 15700 block of Cornuta Avenue, according to a statement from the Los Angeles County Sheriff's Department.

"The father was able to leave the location, but the suspect's bed-ridden grandmother and (her) caretaker were inside the house with the suspect and unable to leave," the news release said.

Members of the agency's Special Enforcement Bureau were summoned to the location and assumed tactical command, authorities said. A crisis negotiation team was also at the scene.

Several nearby homes were evacuated as a precaution during the standoff.

Multiple verbal attempts to convince the suspect to surrender were unsuccessful, according to the news release, after which the SWAT team entered the home and rescued the grandmother and caretaker.

The suspect was not found during a search of the house, authorities said, but a weapon was recovered. No description of the man was given.

Anyone with information about the incident is asked to call the L.A. County Sheriff's Department's Lakewood station at (562) 623-3500.