Benedict Cumberbatch is playing a different kind of hero in the Cold War thriller, 'The Courier' 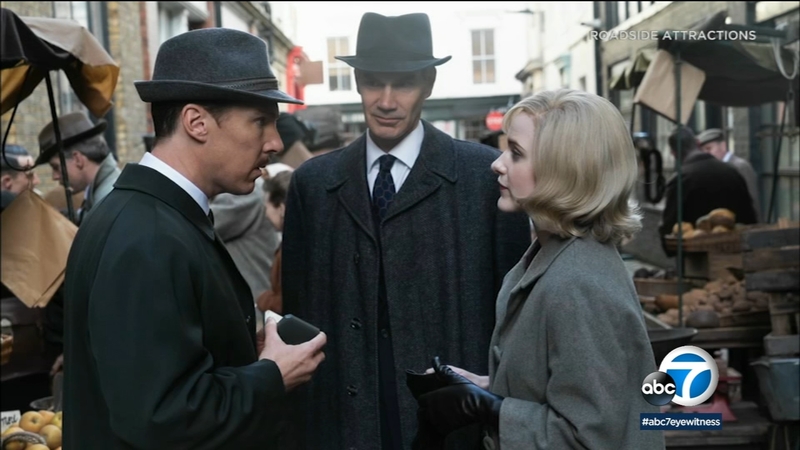 Benedict Cumberbatch stars in 'The Courier'

It's based on a true story. Cumberbatch plays a British salesman recruited by British and American intelligence to help get information needed to prevent a nuclear disaster during the Cuban Missile Crisis. He forms a secret and dangerous partnership...as well as a very strong bond...with a Soviet officer.

"I think there's an element of showmanship with him or at least acting because he is a salesman. He was near illiterate in his dyslexia. He really did have to survive off his wits and the gift of gab," said Cumberbatch. "His two autobiographies, for example, are riddled with very self-aggrandizing anecdotes. He really thought of himself as a bit of, a bit of a dab hand at the old Secret Service game."

Cumberbatch is also an executive producer. He took on the responsibility, in part, because he wanted director Dominic Cooke to be able to achieve his vision with this film. For Cooke, one particular moment spoke volumes.

"That is the center of the movie and it's very resonant at the moment, isn't it? The need for changes there. And it's sort of encouraging to think a lot of us have the potential do so something extraordinary within us if we're given the chance to do it," said Cooke.

The stakes are very high here but the glory, perhaps only fleeting.

"He was brought in because he wasn't of their cloth--cut from the same cloth as the club. And, in a way, I think they treated him differently and, perhaps, not as well as their own afterwards," said Cumberbatch.

"It was a very intense friendship. And they transformed each other's lives, you know?' said Cooke.