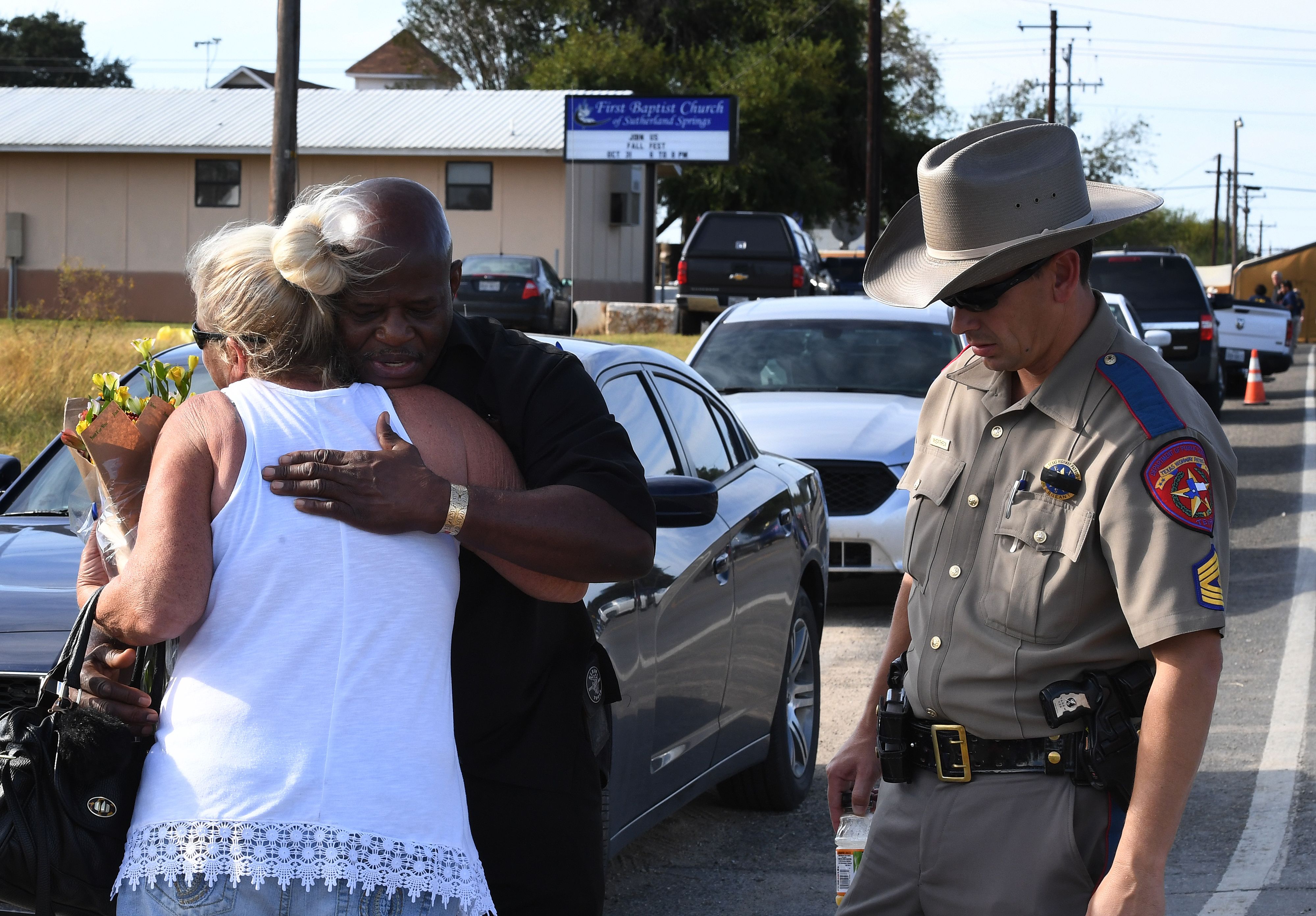 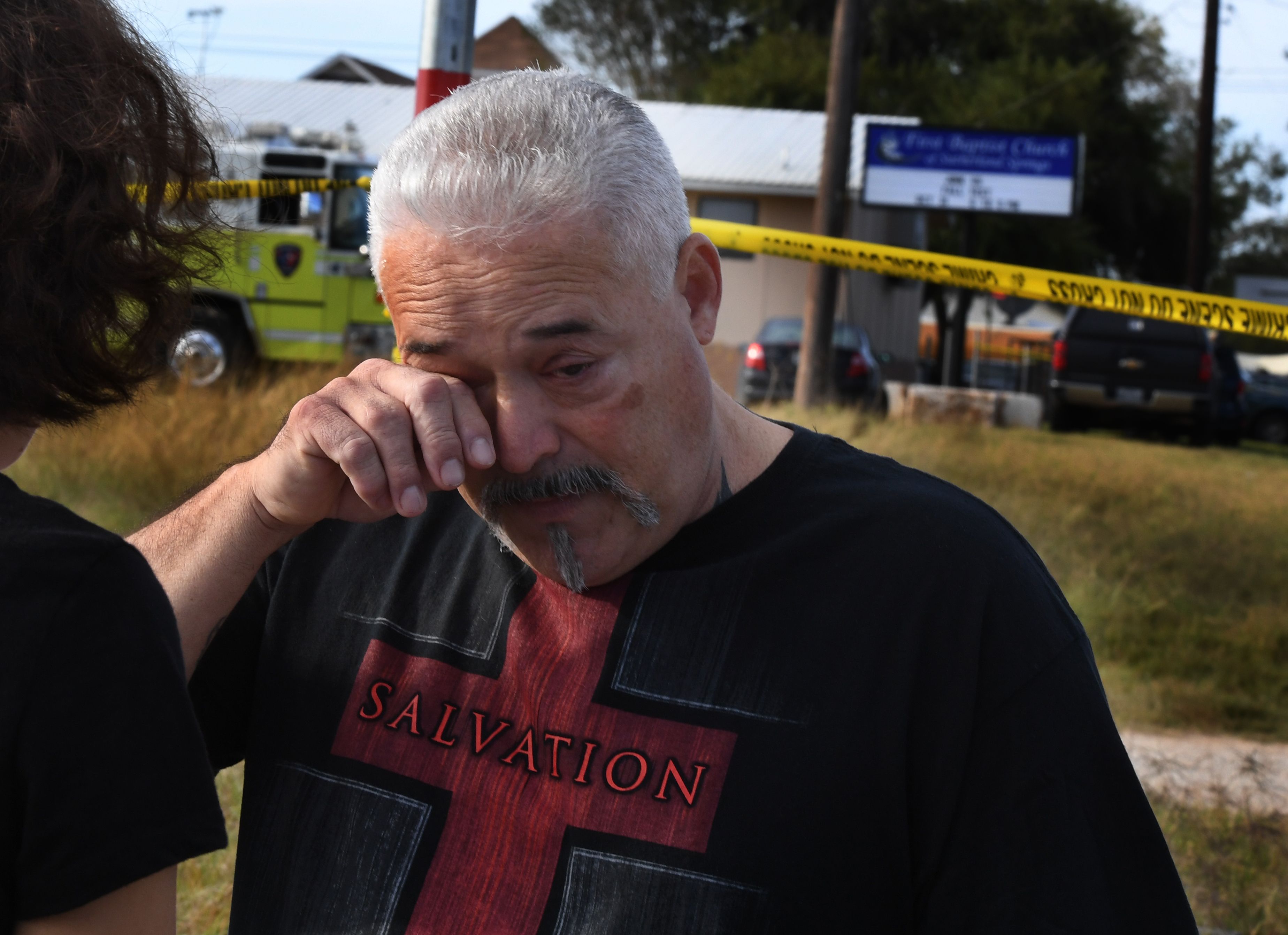 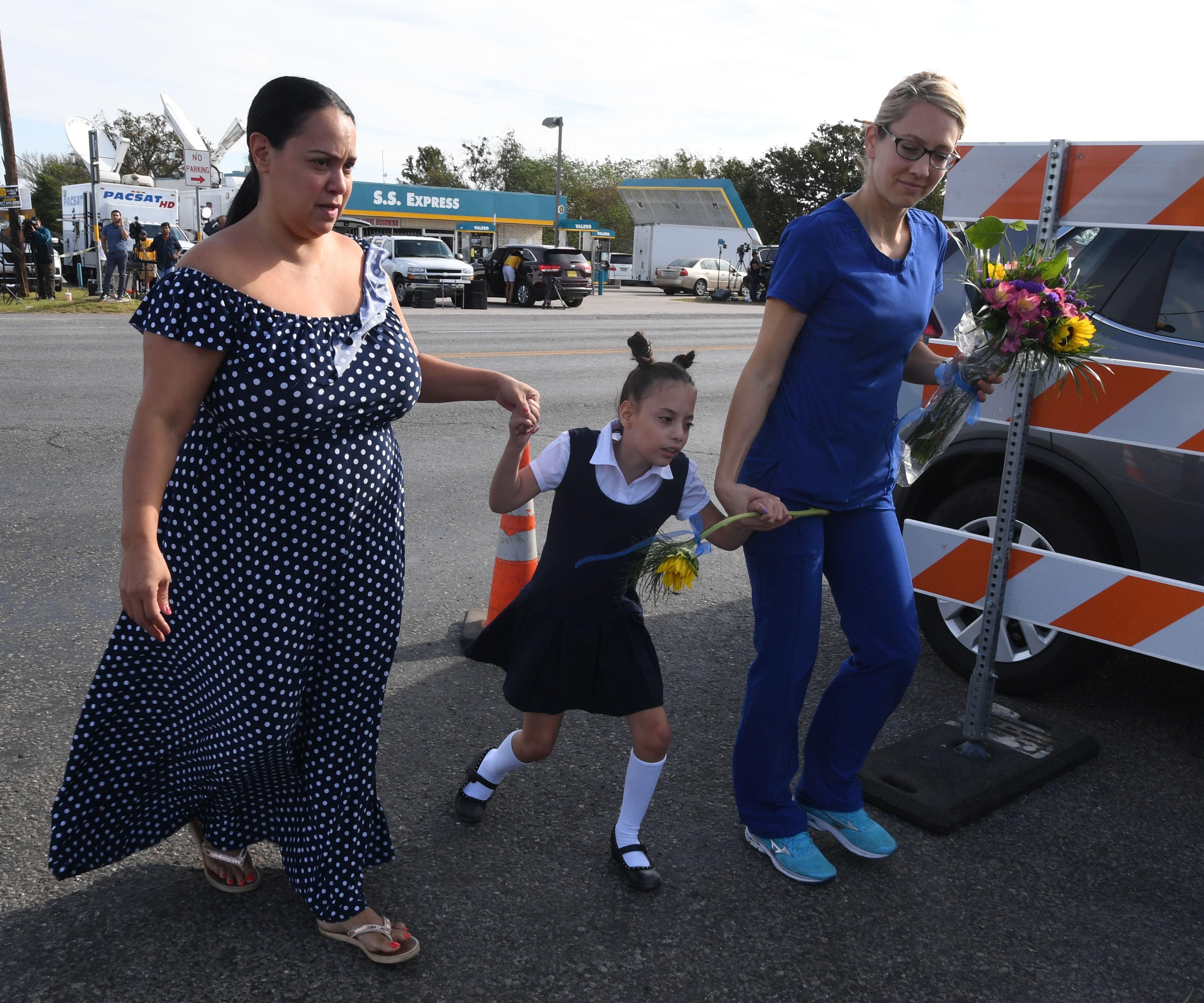 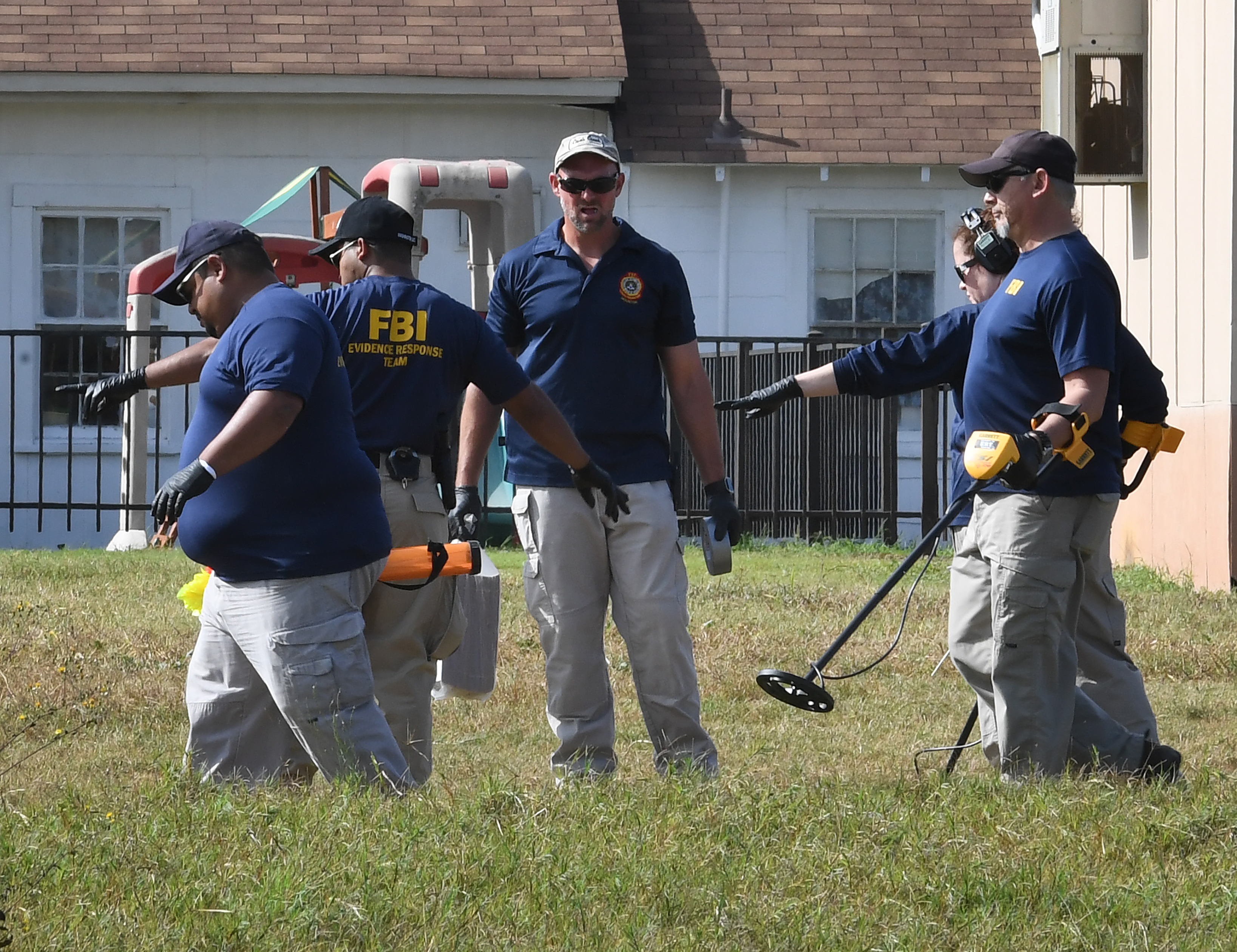 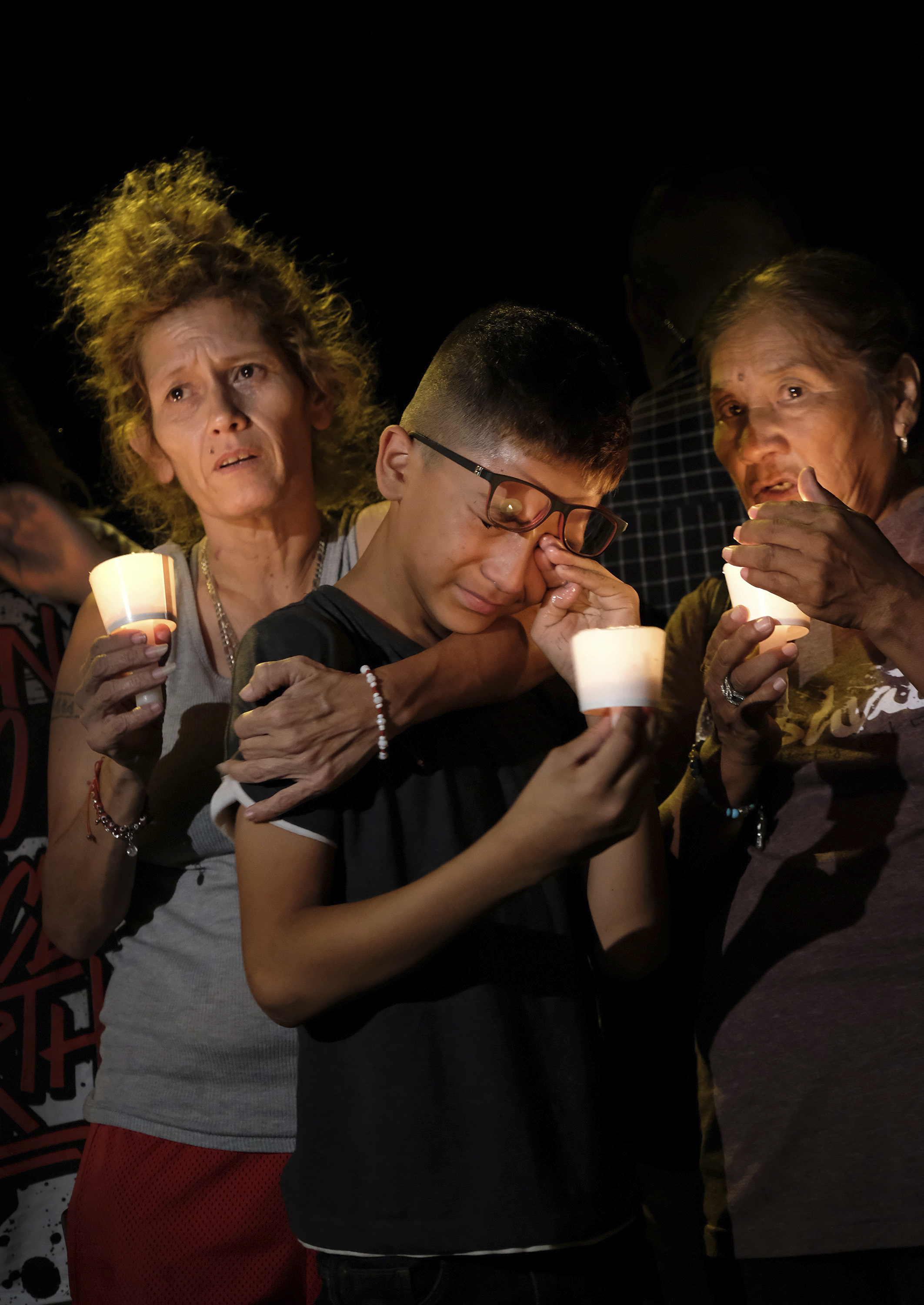 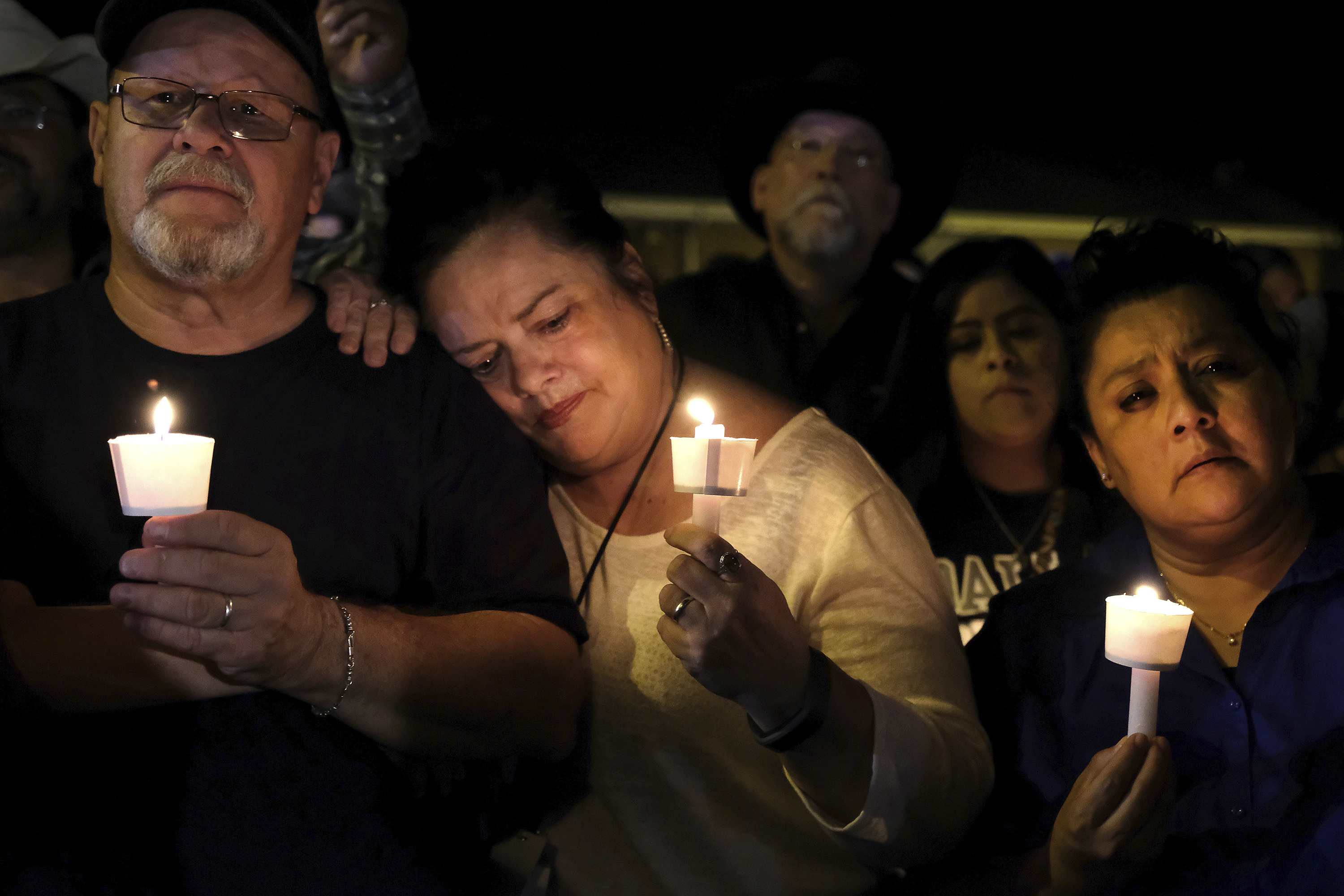 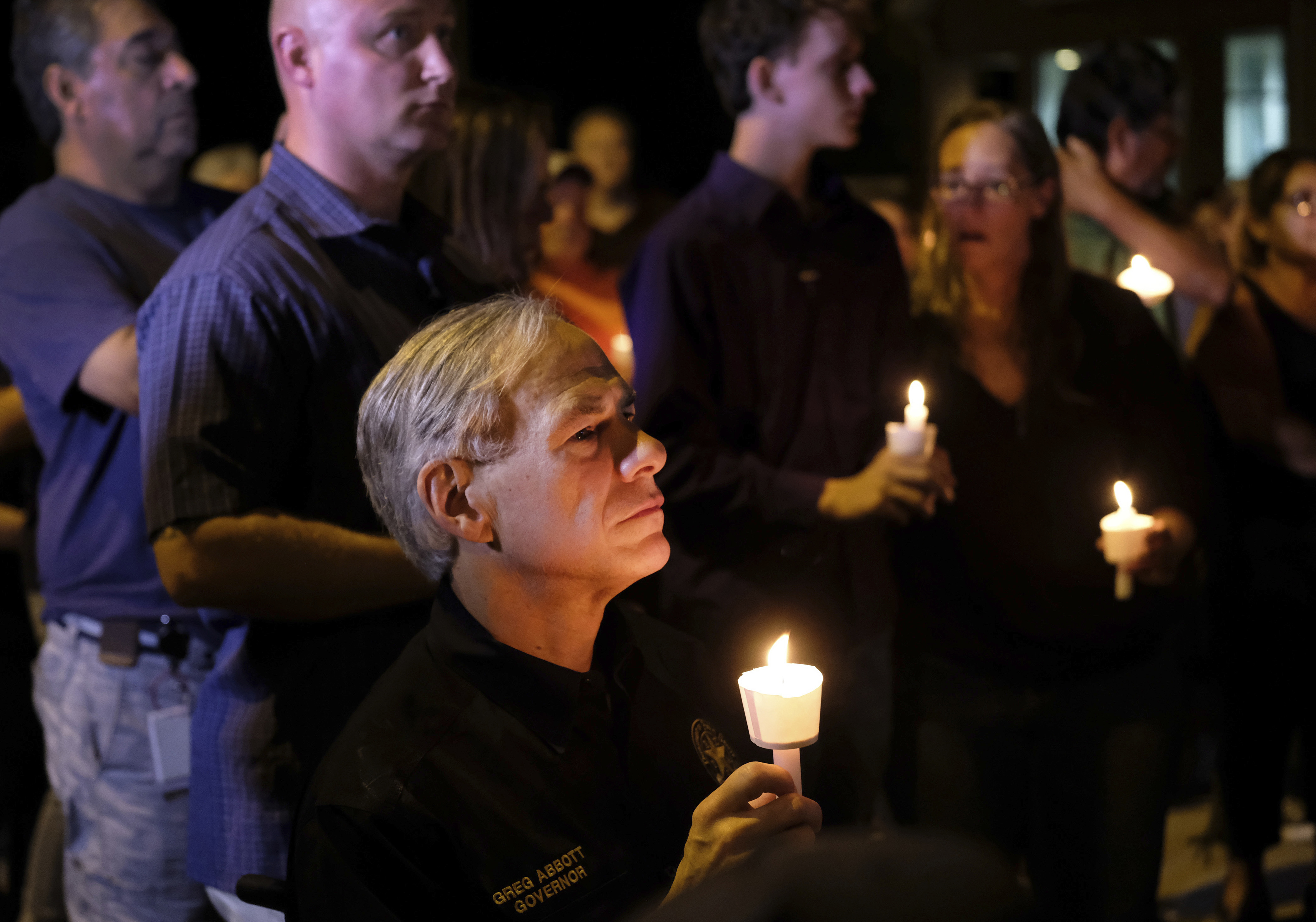 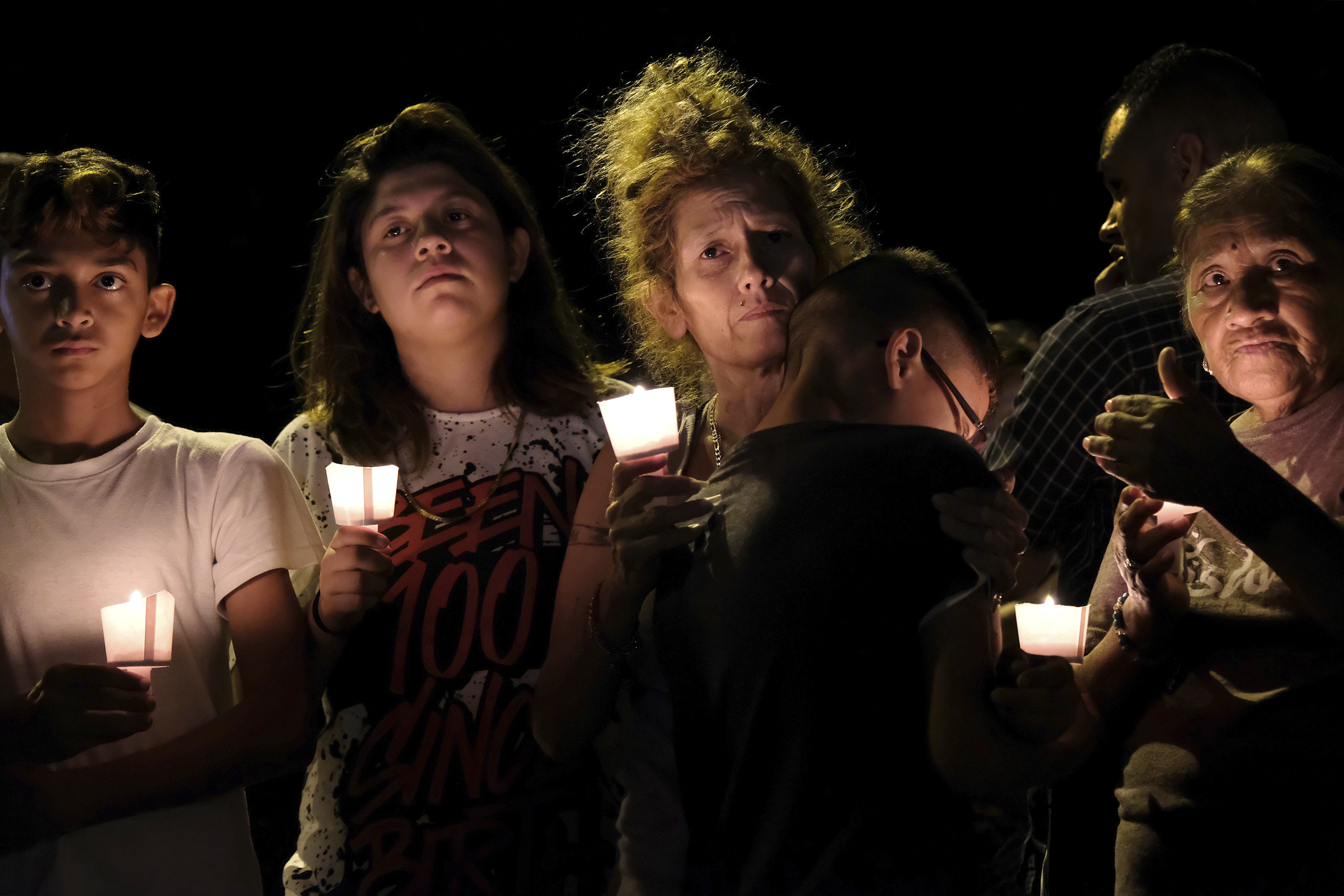 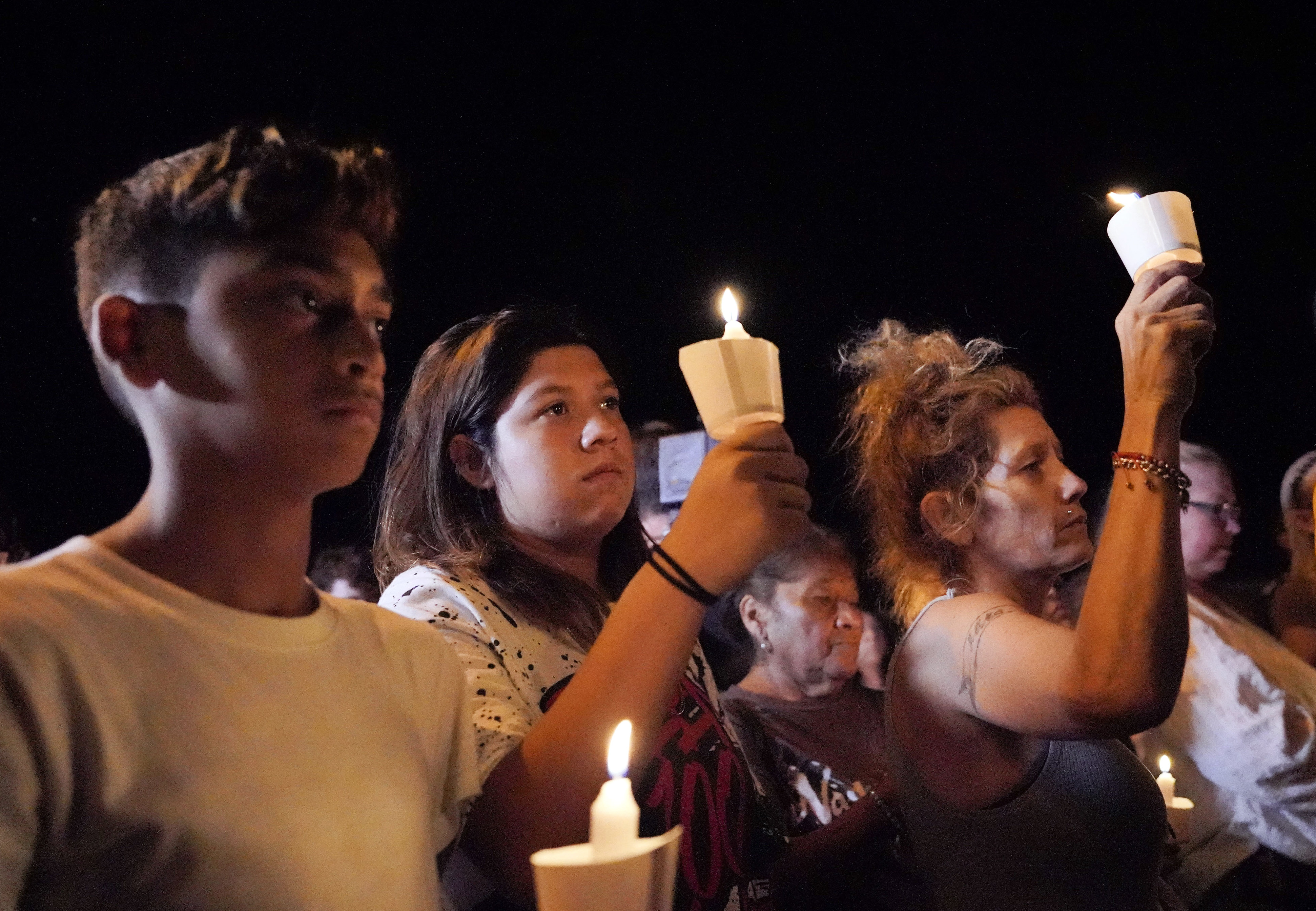 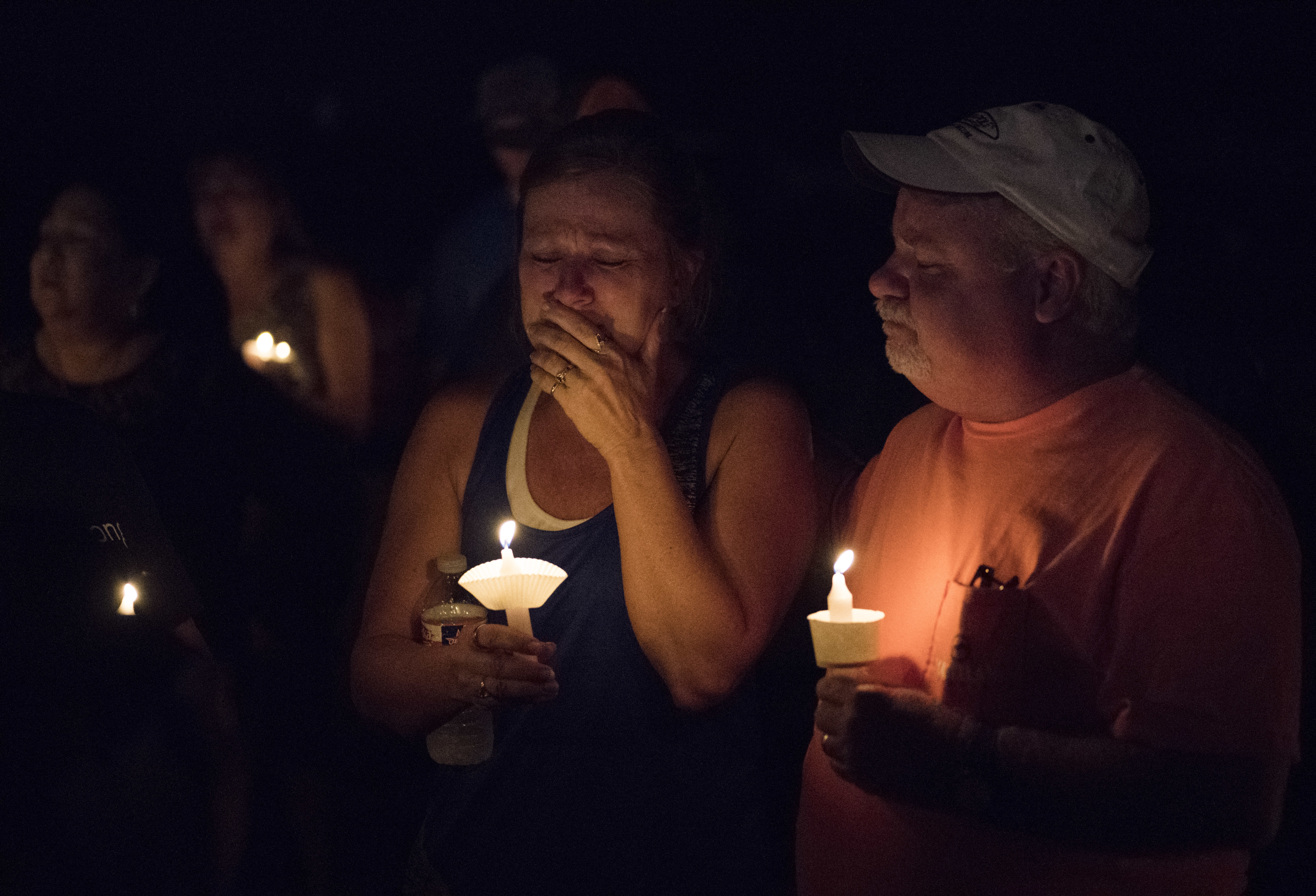 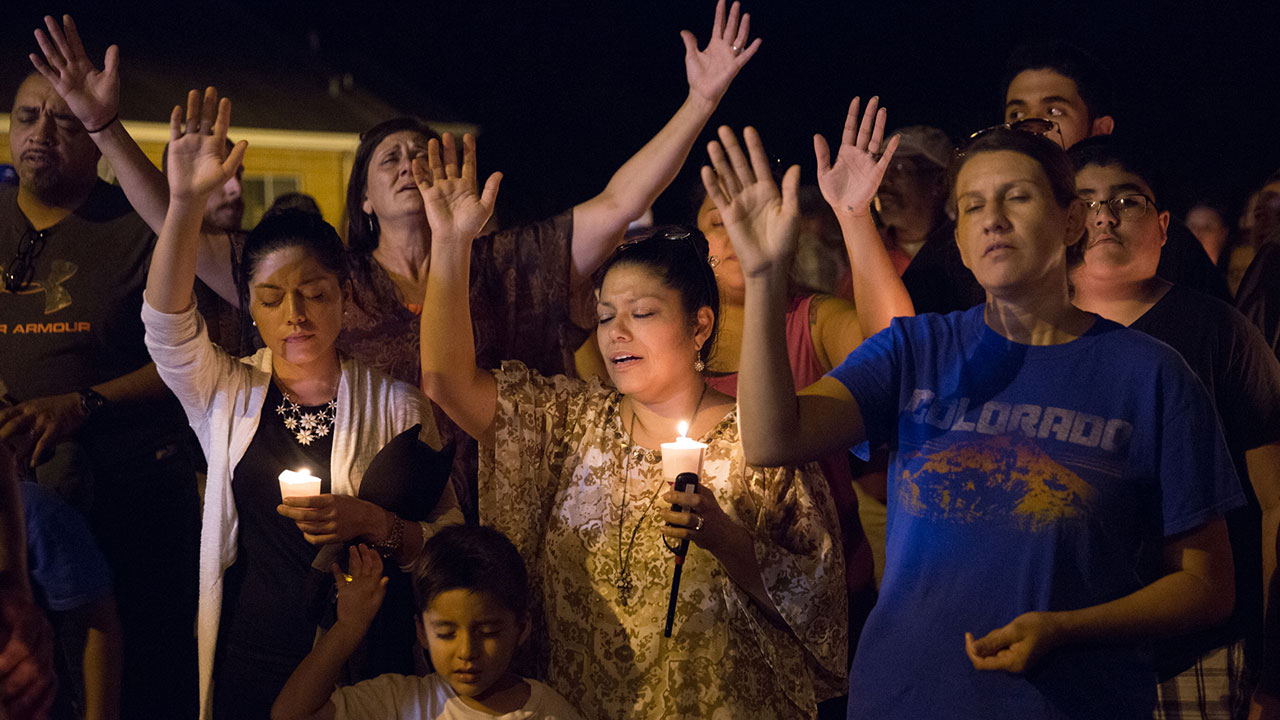 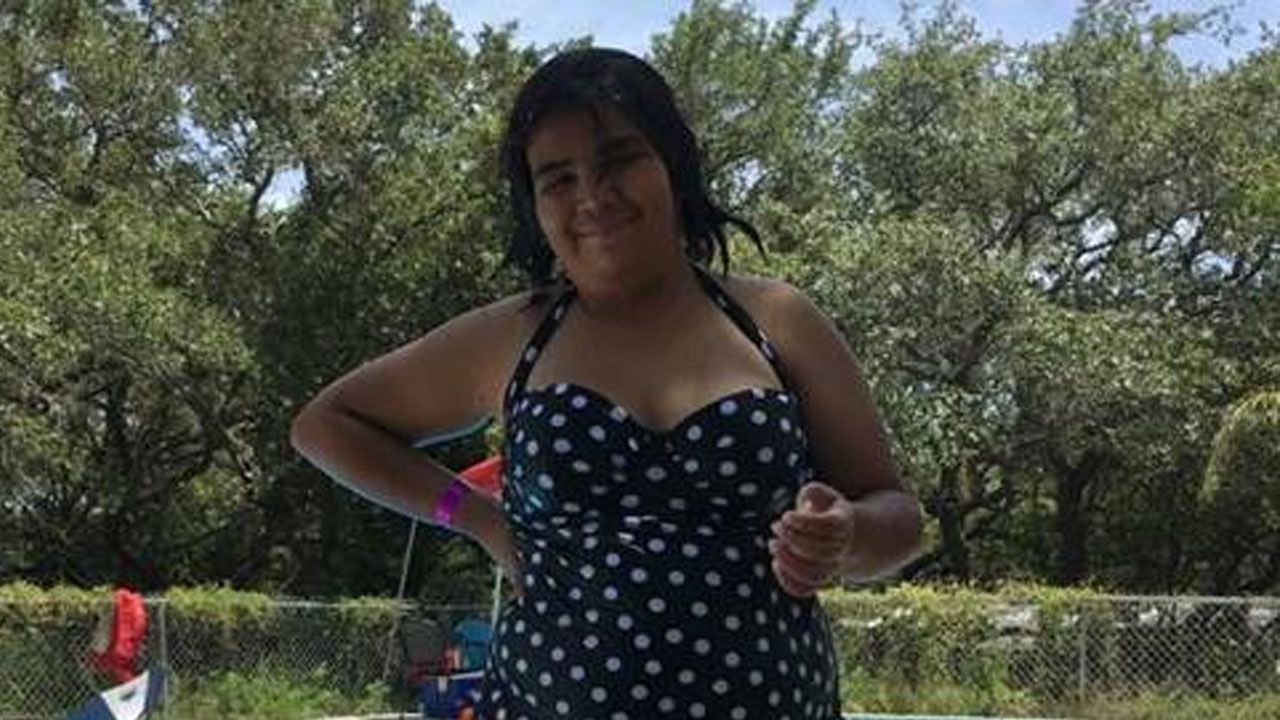 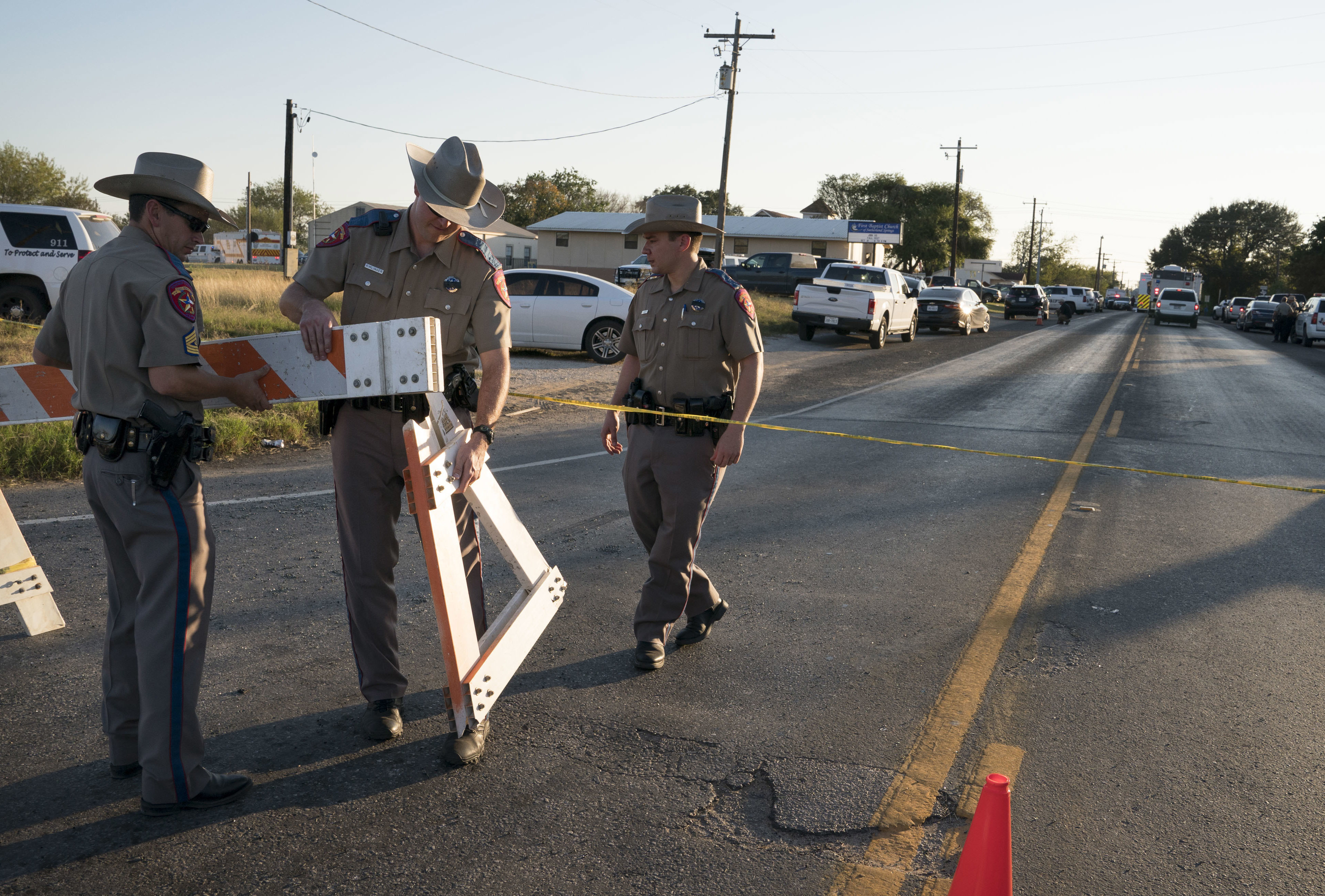 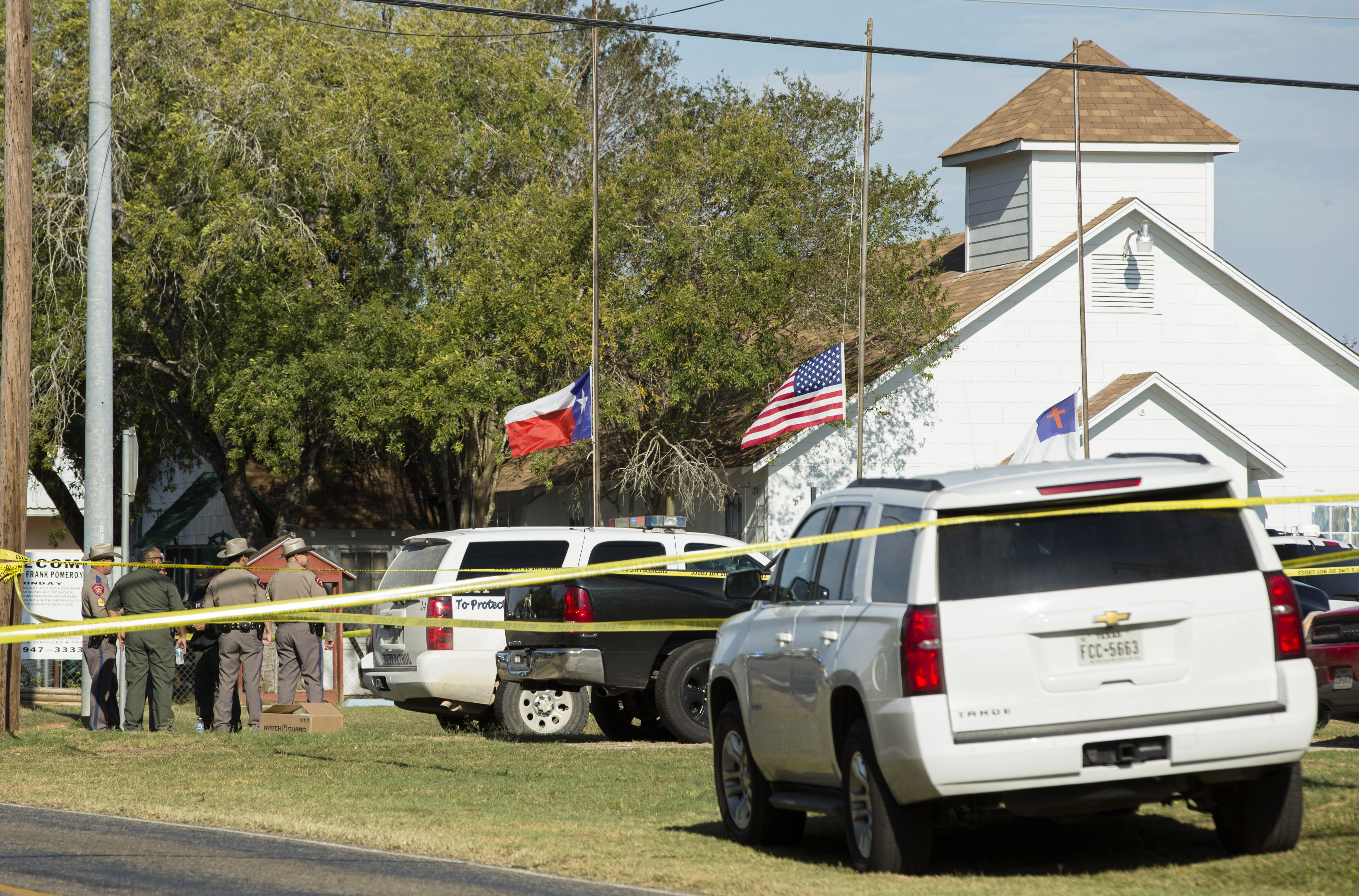 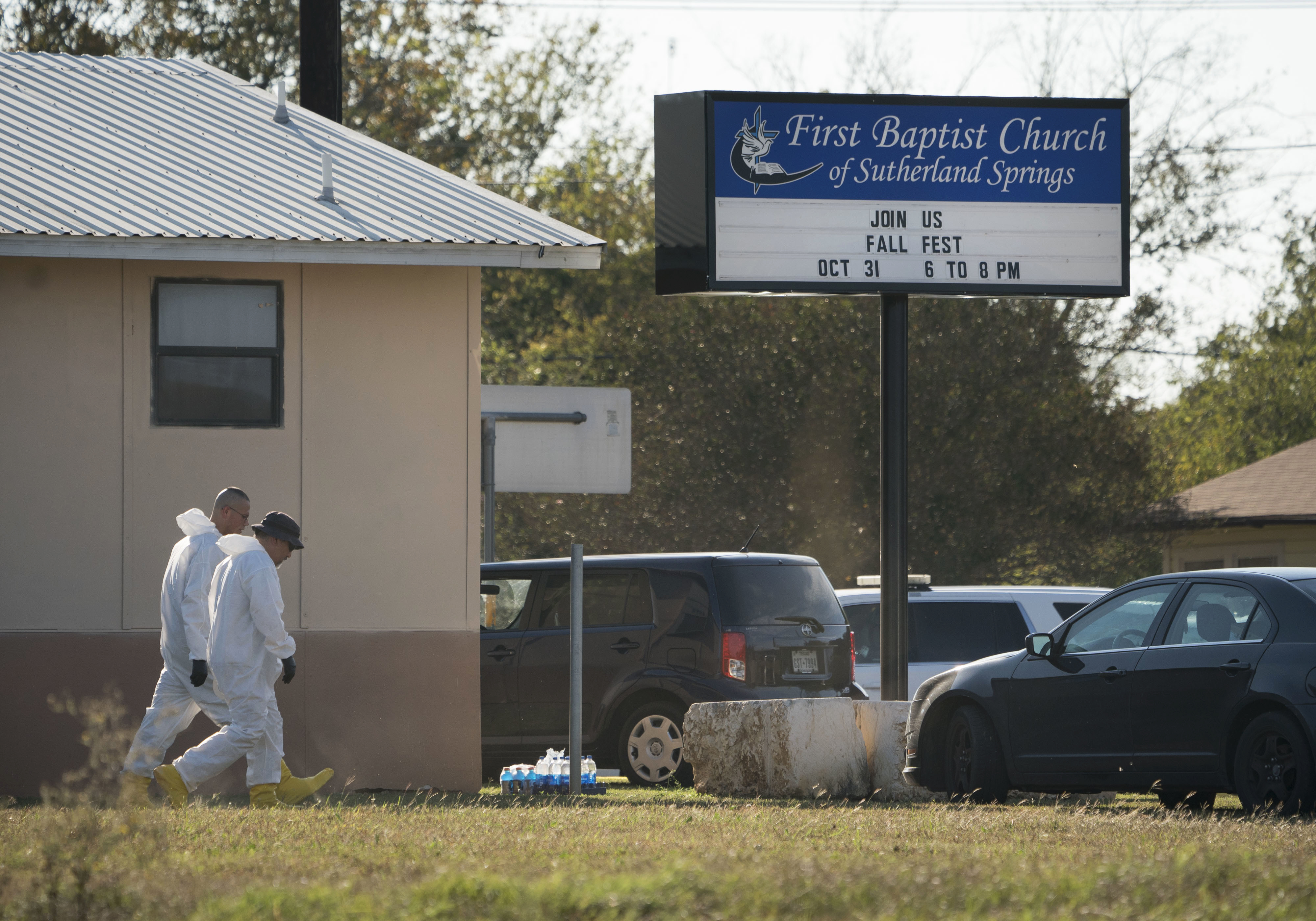 1 of 15
Local resident Jamie Rose (L) is hugged by church member Raymond Antonio as she delivers flowers, at the entrance to the First Baptist Church on November 6, 2017.
MARK RALSTON/AFP/Getty Images