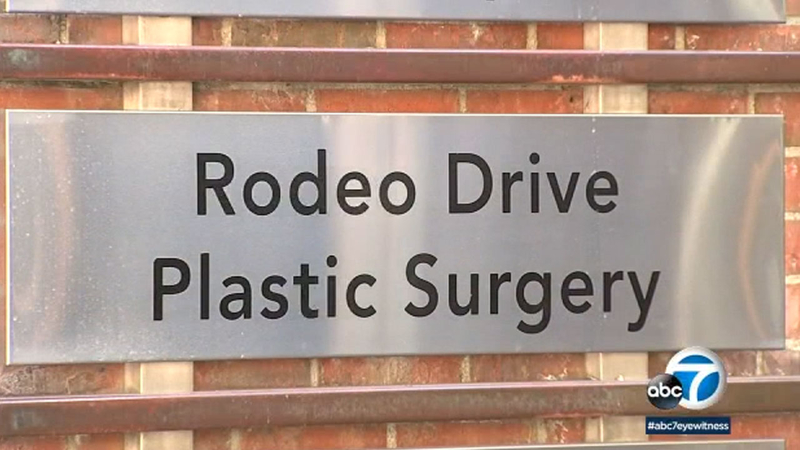 BEVERLY HILLS, Calif. (KABC) -- A Beverly Hills anesthesiologist was charged Wednesday with the murder of a 71-year-old patient.

According to prosecutors, Kim then injected himself with drugs during the procedure. While Greenspan was in the facility's recovery room, prosecutors allege Kim gave him a lethal dose of Demerol.

According to Beverly Hills police, a 911 call was made from the plastic surgery facility reporting a patient not breathing. Firefighters who responded to the scene attempted to revive Greenspan but were unsuccessful.

Greenspan died after going into cardiac arrest, according to prosecutors.

Police investigators said they determined that Kim was under the influence of narcotics while assisting in the surgery. Kim was arrested Wednesday. His bail was set at $1 million.

Kim posted the bail and has since been released.

If convicted, Kim could face 25 years to life in prison, according to prosecutors.

ABC7 has decided to remove the comments section from stories. We believe very strongly that our audience should have an opportunity to discuss and debate events in our world; however, we have not been able to moderate the comments as well as we would like. Instead of hosting a platform that could allow a few loud and ugly voices to dominate a conversation, we want to encourage everyone to join us on our social media platforms and speak out there.
Facebook: facebook.com/abc7
Twitter: twitter.com/abc7
Report a correction or typo
Related topics:
beverly hillslos angeles countycrimemurderplastic surgery
Copyright © 2021 KABC-TV. All Rights Reserved.
TOP STORIES
Brush fire spreads to 320 acres in Gorman area
Corona shooting: Anthony Barajas, 19, dies after days on life support
Ceremony honors Riverside County's fallen officers
Bacon may nearly disappear in California as pig rules take effect
Villanueva: 'Grave concerns' over deadly shooting by deputies on video
The Abbey in WeHo requires proof of COVID vaccination or negative test
Bacteria at beaches near Dockweiler continues to exceed standards
Show More
Florida new national epicenter after record number of new COVID cases
5-month-old baby dies after being ejected from car in Torrance crash
Family decries controversial arrest of Texas teen
Judge recuses himself from rape case against OC couple
Venice homeless encampment: Crews continue cleanup as deadline arrives
More TOP STORIES News