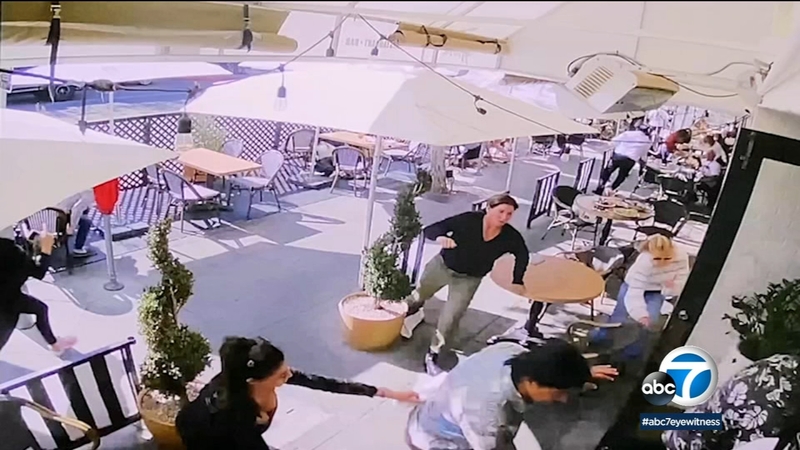 A woman was shot in the leg and wounded in the incident, whose aftermath was captured on surveillance video as frightened patrons and employees ran for cover outside Il Pastaio in the 400 block of North Canon Drive.

They were taken into custody at various locations across Southern California on Tuesday, authorities said. Their initial appearances in U.S. District Court in downtown Los Angeles are scheduled for Wednesday afternoon.

"This robbery was the definition of bold and brazen, occurring on one of the busiest intersections in the city Beverly Hills -- if not in the county of Los Angeles -- with 40 people watching," Rivetti said.
EMBED More News Videos

As the city of Beverly Hills ramps up security in the wake of a brazen armed robbery at one of its famed restaurants, a second victim injured in the terrifying incident is speaking out about what she witnessed.

During the robbery, a restaurant customer was held at gunpoint while he was robbed by three men for his Richard Mille wristwatch, worth approximately $500,000, investigators said.

"A struggle for the gun ensued, during which approximately two rounds were discharged from the firearm, striking another restaurant patron in the leg," the FBI said in a statement. "Ultimately, the handgun was dropped to the ground during the struggle with the victim. The robbers fled the scene with the victim's watch."

According to investigators, the gun was left behind at the scene. The firearm and surveillance video gave authorities information that was used to identify the suspects.