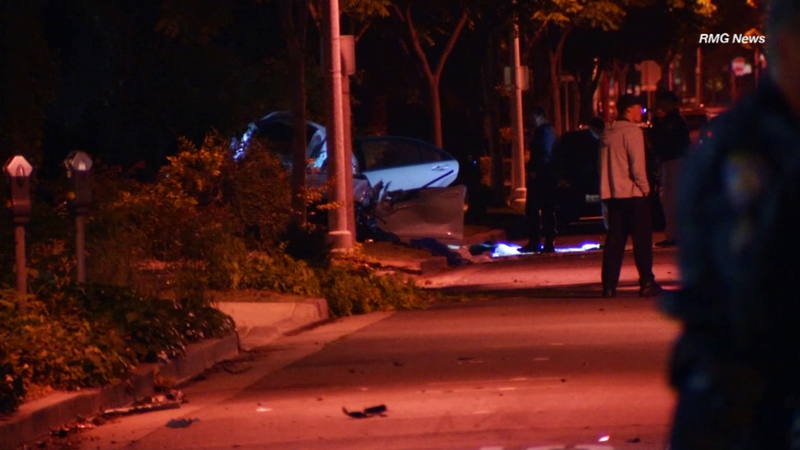 BEVERLY HILLS, Calif. (KABC) -- A 33-year-old woman was killed after an apparent case of road rage led to a violent crash in Beverly Hills Friday night.

Authorities said the incident happened shortly before midnight between a white four-door Mercedes-Benz and a gray Audi SUV at the intersection of Olympic Boulevard and Swall Drive. The Mercedes had four occupants in the car, and police say the woman who was killed, identified as 33-year-old Sasha Gibson, was a backseat passenger and was not wearing her seat belt.

Witnesses at the scene said the accident was related to road rage. The Benz was involved in a minor hit-and-run collision with a taxi cab near Pico Boulevard and Swall Drive in Los Angeles. The Mercedes then fled the scene at a high rate of speed and ended up crashing into the Audi, several trees and a concrete wall.

Authorities believe drugs and alcohol may have also played a factor in the crash, police said.