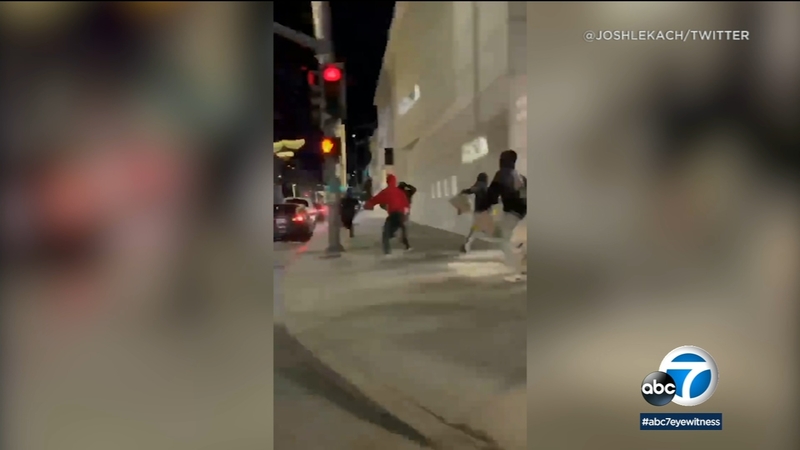 BEVERLY HILLS, Calif. (KABC) -- Several teens were taken into custody after 10 suspects in an armed robbery grabbed handbags and were seen fleeing from a high-end fashion store in Beverly Hills on Tuesday evening, authorities said.

A person in a passing vehicle captured video footage of the getaway, which reported at 6 p.m. outside a Fendi store in the 200 block of North Rodeo Drive.

According to Beverly Hills police, one of the robbers pushed a security guard to the ground during the robbery.

The suspects then ran out of the store and fled in three waiting vehicles that were parked around the corner. Patrol units later pulled over one of those vehicles, took the juvenile occupants into custody and recovered several stolen Fendi items, authorities said.

Police say new video shows the woman inside the Arlo Hotel in SoHo attacking the 14-year-old Black teen before running off.

The arrested suspects were released to their parents, police said. The robbers who drove off in the other two vehicles remained at large.