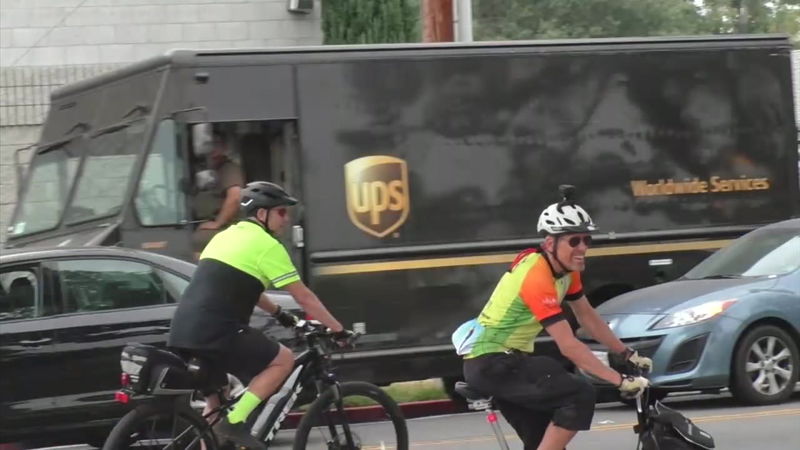 PASADENA, Calif. (KABC) -- It's morning in Pasadena and these two cyclists are trying to head out on the highway. But Clint Sandusky and Gary Cziko are not unnerved by the traffic.