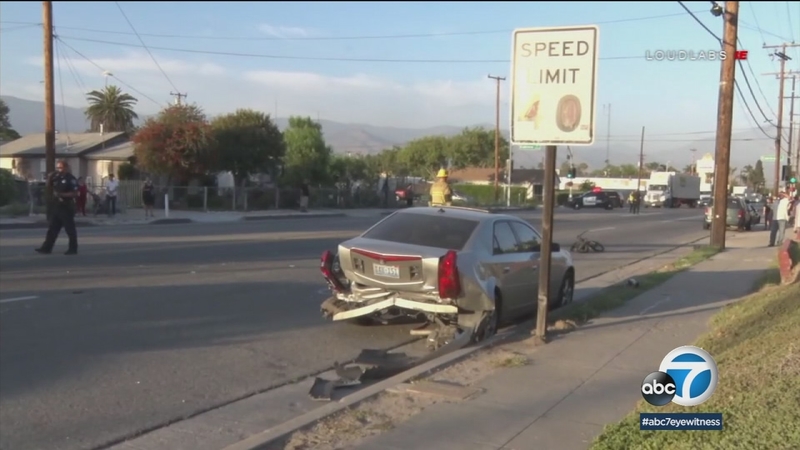 Bicyclist killed during road rage incident between 2 drivers in IE

SAN BERNARDINO, Calif. (KABC) -- A bicyclist was killed after being struck by a car involved in a road rage incident with another vehicle in San Bernardino.

Police said 32-year-old Rosendo Ortiz and 28-year-old Karina Saucedo were driving Monday when they became involved in a road rage incident. Details surrounding the incident were not immediately disclosed.

The two drivers were engaged in the road rage incident for some time, investigators said. When they arrived in the area of Fifth Street and Ramona Avenue, Ortiz's blue 2003 Infiniti struck a bicyclist crossing the street while Saucedo's black 2000 BMW crashed into an unrelated parked car.

The bicyclist, identified as 45-year-old Efrain Garcia, was pronounced dead at the scene.

The two drivers remained at the scene and have not been charged, but police said they are forwarding the case to the district attorney's office for possible charges.