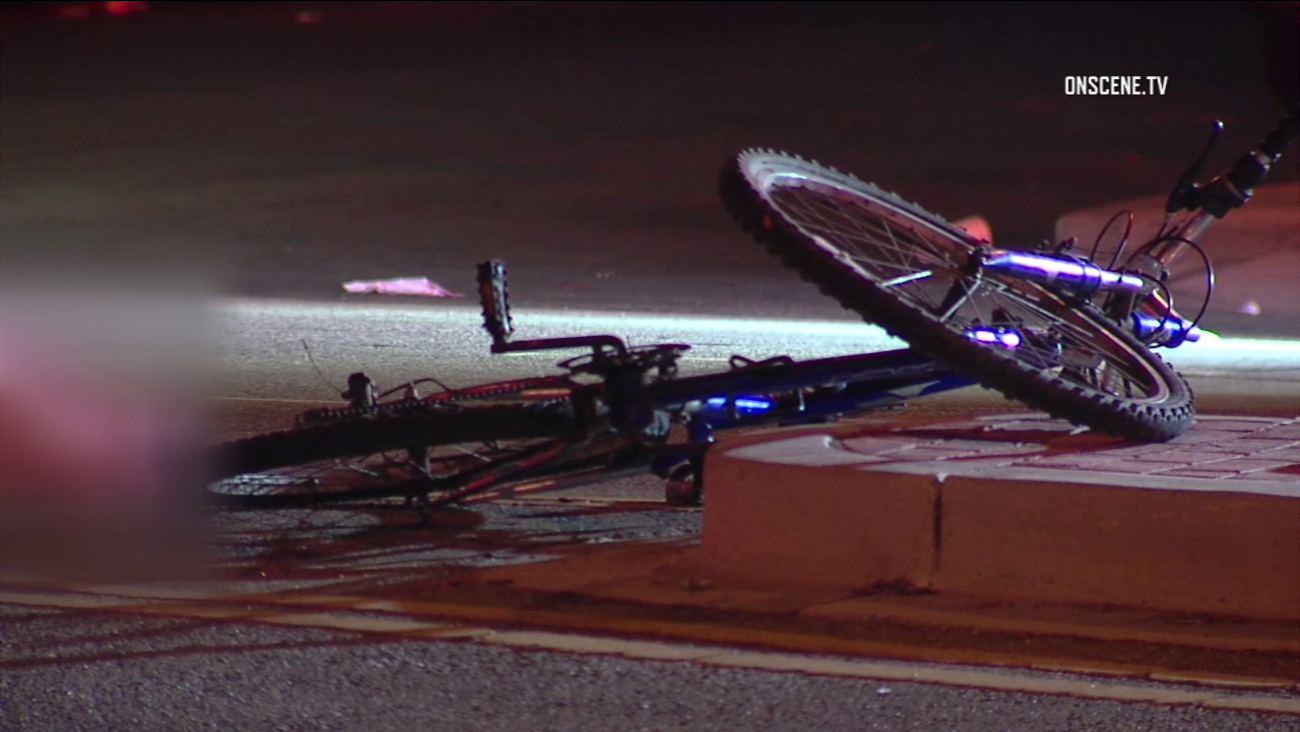 A bicycle is seen at a crash site in South Los Angeles after a man was struck and killed by a hit-and-run driver on Saturday, Aug. 12, 2017. (OnScene)

SOUTH LOS ANGELES (KABC) -- A man in his 40s was fatally struck by a hit-and-run driver while riding a bicycle early Saturday morning in South Los Angeles, authorities said.

The collision was reported about 2:30 a.m. at the intersection of 88th Street and Broadway, a spokesperson for the Los Angeles Police Department said.

The victim, later identified as 57-year-old Albert Arnold, died at the scene.