Biden, Trump focus in on Pennsylvania 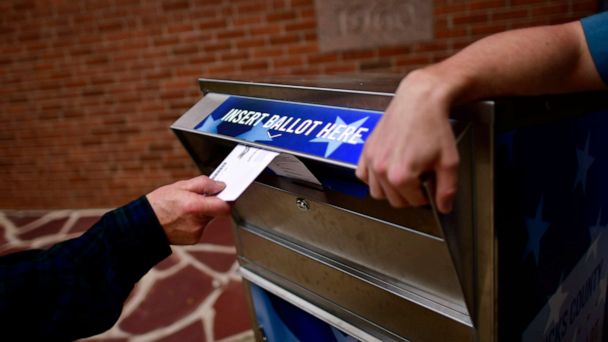 The final stretch of campaigning before November is putting a clear spotlight on Pennsylvania as a focal point for both Joe Biden's and President Donald Trump's strategies for winning the White House.

In the span of a week, there were four campaign events in the Keystone State, and both candidates plan to visit the Flight 93 memorial in Shanksville, Pennsylvania, on Sept. 11, to commemorate the 19th anniversary of the attacks.


The increased campaign foot traffic cements Pennsylvania's importance as a 2020 battleground state. On Monday, Joe Biden delivered remarks in Pittsburgh. Then on Tuesday, Vice President Pence visited Exeter, Trump held a rally in Latrobe on Thursday, and Biden capped off the week with a virtual "Rural Economic Roundtable" discussion on Friday. Subsequently, Vice President Pence announced plans to return to the state on Wednesday for a "Workers for Trump" event in Freedom, and Joe Biden is set to travel to Harrisburg on Labor Day to participate in a virtual event with AFL-CIO President Richard Trumka.

Although the frequency of visits are facilitated by the state's close proximity to both candidates' home bases, Pennsylvania offers more than pandemic-era logistical convenience. After Florida, Pennsylvania boasts the second highest number of electoral votes at stake among the major battleground states, making it critical in any possible mathematical calculation of winning the presidency.

For Trump, a second win in Pennsylvania would represent a defense of his slim 2016 victory when he topped Hillary Clinton by just .7% and toppled the "Blue Wall" by winning Pennsylvania, Michigan and Wisconsin. Prior to 2016, Pennsylvanians voted for Democrats in six straight presidential elections beginning in 1992.

For Biden, a Scranton native, Pennsylvania carries some sentimental value, and presents an opportunity to rebuild a strong Democratic following in a state he won twice with Barack Obama. The former vice president has already made five trips to the state since the pandemic began earlier this year.

Allegheny County, where Biden held his event in Pittsburgh on Monday, was the only county in western Pennsylvania to overwhelmingly vote in favor of Clinton in 2016.

The western region of the state's economy was historically based in steel production that was centered in Pittsburgh, the second largest city in the state. Those jobs created a long tradition of union power and a large working-class -- two groups that wield critical political influence at the ballot box. Expanding Democratic support among voters in the surrounding suburbs would help Biden solidify his standing in Pennsylvania come November, even if the rest of western Pennsylvania continues to favor Trump.


Just about 30 minutes away from Biden's hometown of Scranton, on Tuesday, Pence held a "Workers For Trump" event in Exeter. Although Pence was near Scranton -- located in Lackawanna County, which Clinton won in 2016 -- the campaign event was held in Luzerne County, which is one of Pennsylvania's three pivot counties, meaning it went for Obama in 2012 before the swinging to Trump in 2016.

The topic of economic development, which Pence addressed during his visit, is likely to resonate with voters in the area who were adversely affected by losses in the once-prosperous steel and coal industries.

On Thursday, Trump visited the Keystone State for the second time in two weeks when he held a rally in Latrobe, which lies east of Pittsburgh, in Westmoreland County. The move put him on defense against Democratic influence over an area he won by a landslide in 2016 by more than 30% of the vote. Given Westmoreland County's proximity to Pittsburgh and its immediate suburbs in Alleghany County, any Democratic expansion into the nearby suburban areas would pose a threat to Trump in November.

So far, campaign travel across the state has seemed to indicate that both Biden and Trump are focusing on reinforcing support in the areas where they are already likely to be popular rather than expanding their political presence into less friendly territory. That pattern is set to change for Biden on Friday, when he wades into Trump-friendly territory given that Somerset County, where Shanksville is located, voted in favor of the current president by a landslide in 2016 -- nearly 76% to Clinton's 20%.

Energy companies provide an economic lifeline to working-class voters in the western and northeastern parts of the state -- so it's no coincidence that we've seen both Biden and Trump call out the fracking industry during trips to these areas.

The issue presents a bit of a Catch-22 for Biden in terms of balancing environmental policies with supporting one of Pennsylvania's key industries. He is vocally against banning existing fracking operations, while also in favor of preventing the expansion of fracking into new areas.

While the president frequently claims Democrats want to ban fracking, and repeated those claims during his Latrobe rally, his most pointed critique of Biden on the issue was tied, in part, to Pennsylvania.

While the uptick in campaign action in Pennsylvania could provide a better picture of voters' priorities in the months to come, recent polling paints a murky picture of the current sentiments of Pennsylvanians.

With less than two months go to until the election, and as Pennsylvanians become some of the first voters in the country to request and send back absentee ballots beginning Sept. 14, the uncertain polling results indicate that there are likely more trips headed to the Keystone State in the coming months.
Report a correction or typo
Related topics:
abc newsnational
Copyright © 2021 ABC News Internet Ventures.
More Videos
From CNN Newsource affiliates
TOP STORIES