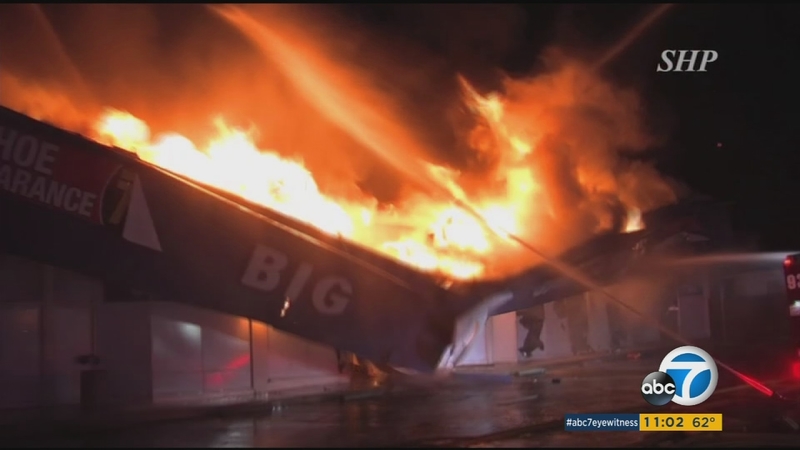 TORRANCE, Calif. (KABC) -- A large fire ripped through a Big 5 Sporting Goods store in Torrance, causing the front of the building to collapse Thursday night.

The fire broke out at about 8 p.m. in the 18300 block of Hawthorne Boulevard.

Firefighters put up a defensive line and worked to put out the fire.

Hawthorne Boulevard and Ashley Avenue were closed from 186th to 182nd streets while crews battled the flames.

Several people were evacuated from nearby homes and apartments due to the possibility of the fire spreading, but they have since been allowed to return to their homes.