You now have a chance to name Big Bear's new eaglet

Since the gender of the chick is unknown, contest officials suggest submitting a gender-neutral name.
KABC 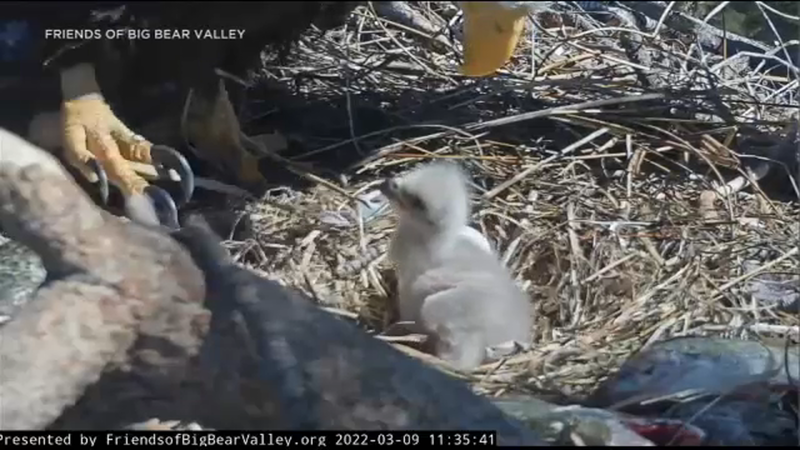 You now have a chance to name Big Bear's new eaglet

BIG BEAR, Calif. (KABC) -- Many have been following the birth of Big Bear's most famous couple's new eaglet. Now, you have a chance to name it!

A naming contest is underway for adult eagles Jackie and Shadow's eaglet. Since the gender of the chick is unknown, Friends of Big Bear Valley - the organization running the contest - suggests submitting a gender-neutral name.

Thirty-five names will be drawn and a Big Bear 3rd grade class will cast the final vote on the new name.

Yes, you can submit the same name multiple times.

The eaglet hatched last week. It took in its surroundings for the first time last Thursday, and it was all captured on video thanks to a livestream provided by the Friends of Big Bear Valley nest camera.

For more details or to submit an entry, visit Friends of Big Bear Valley's website.

Jackie and Shadow's eaglet took in its surroundings for the first time Thursday afternoon, and it was all captured on video.

Jackie and Shadow have been keeping watch over their two eggs since late January, and they even had to hunker down to protect them during a recent snow storm.