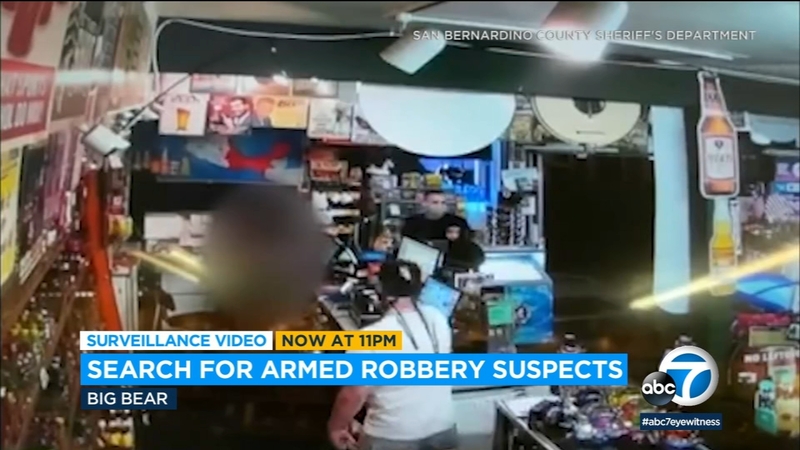 Three men brandishing a handgun showed up at the Alpine Liquor Store in the 41000 block of Big Bear Boulevard on Monday around 11 p.m. and demanded money from the cash register, according to the Big Bear Sheriff's Station.

An argument ensued and a fight broke out. The altercation ended with the clerk getting shot in the leg.

The victim was flown to a medical center for treatment.

Deputies searched the area but did not find the suspects. They say the three men fled on foot heading westbound on Big Bear Boulevard.

The suspects are considered to be armed and dangerous.