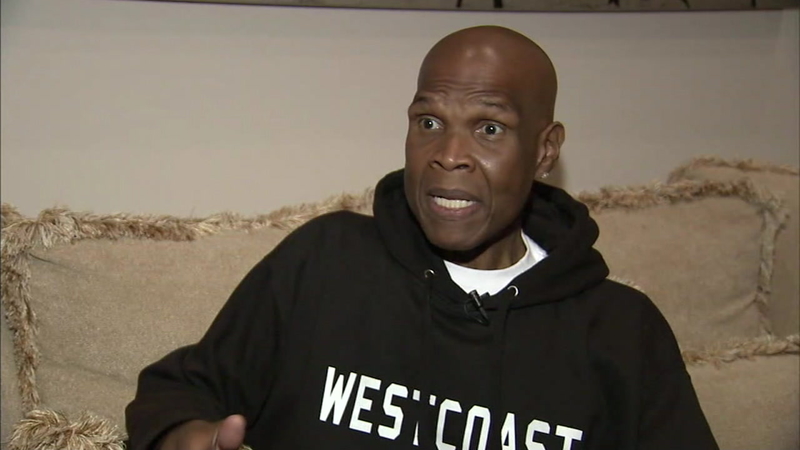 CALABASAS, Calif. (KABC) -- One of the biggest names in radio - Big Boy - is in disbelief after his vehicle was rammed while he and a friend waited at a red light.

"I heard a screech, but not long...and everything from the back of the car went to the front," Big Boy said.

Big Boy suspected the driver was on his phone, but said he was shocked to find him drinking behind the wheel. It all happened in Calabasas around 1 p.m. Tuesday.

"As we were sitting here talking to him, he gets his bottle of vodka and he's just sitting there. Just dazing, just drinking," Big Boy said.

The radio host believes he and his friend, who was driving, were meant to take the hit, saying they were not far from a school.

"He was either going to hit a wall, roll through somebody's home, hit a kid, a family. He was not going to make it to wherever he was going because he was truly, highly intoxicated," Big Boy said.

The other driver was identified as Michael Kenneth Petterson, an employee with the Los Angeles County District Attorney's Office, who has been on leave since early last year. He had to be helped out of the car.

He ended up falling over because he was unable to stand on his own.

"This dude's job is to make sure that he's not on the streets in some capacity," he said.

Big Boy said he is sharing the story to urge people not to drink and drive.

He also wants to stress the life-saving value of wearing a seatbelt.

"That seatbelt I felt to me ... that saved my life. I felt how that seatbelt kept me in place," he said.