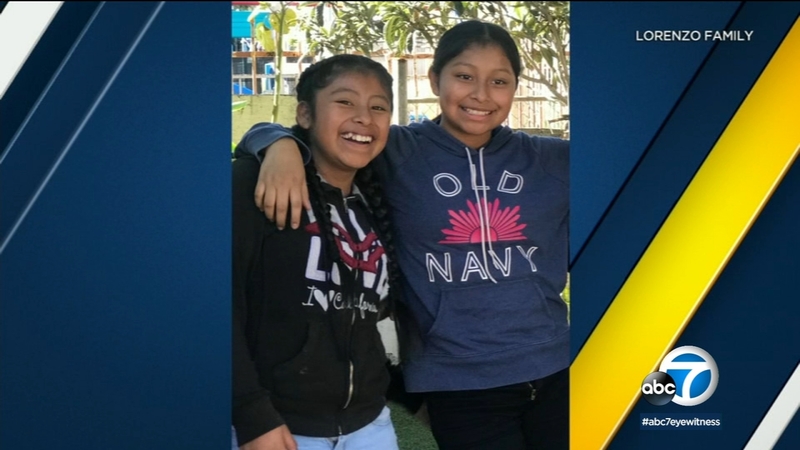 LOS ANGELES (KABC) -- A truck driver has been charged with manslaughter in connection with a crash at a South Los Angeles intersection where two girls were struck last month. Both victims later died from their injuries.

Stanley Randel, of Los Angeles, faces two counts of vehicular manslaughter, Los Angeles police announced Tuesday. It is not yet clear when Randel will appear in court. There was no evidence of drugs or alcohol being involved in the collision, investigators say.

Sisters Amy Lorenzo, 12, and Marlene, 14, were walking to school on April 4 when they were both struck at the intersection of 36th Street and Broadway.

Marlene died that day, but Amy was hospitalized in critical condition and in a medically induced coma. On April 22, police announced that Amy had died.

Attorneys representing the family of the sisters say witnesses told them the truck driver was looking down at the time of the accident.

There was a call to action at a South Los Angeles intersection on Thursday, following the deaths of two girls who were struck by a semi-truck.

There are no crosswalks for students leaving school in the area. Parents, students and community organizers staged a protest last month, demanding answers and asking for changes like speed bumps and improved lighting. Most importantly, they said, they want signage. They said that just blocks away at the University of Southern California, it's impossible not to know you're in a school zone. They want the same at this intersection, where there is a high school and middle school.

"As I head off to college next year, I want to make sure that what happens to the Lorenzo sisters never happens again to anyone, and that includes my sisters," said Andrea Garcia, a senior at Jackie Robinson High School.