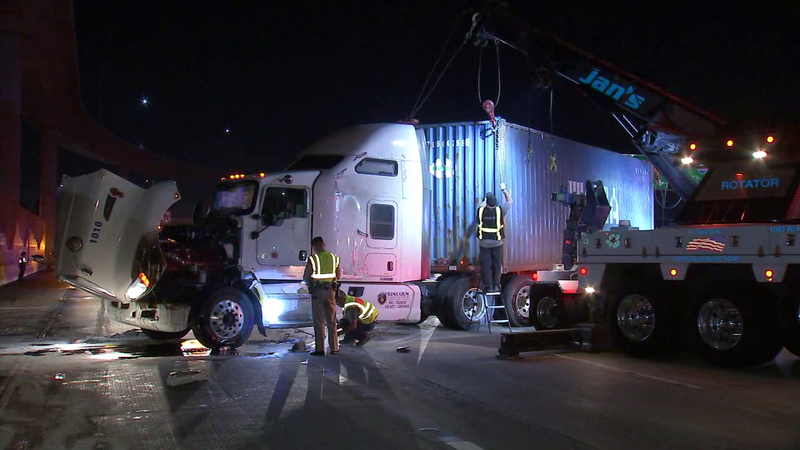 BALDWIN PARK, Calif. (KABC) -- A crash involving an overturned semi-truck left all eastbound lanes except one closed for more than an hour Friday morning on the 10 Freeway in Baldwin Park.

The jackknife crash was reported about 2:13 a.m. near Frazier Street, prompting the California Highway Patrol to issue a SigAlert. It was unclear if anyone was injured.

Eastbound traffic slowed to a crawl in the HOV lane as crews used brooms and sand to clean up an apparent fuel spill at the scene.

All lanes were reopened shortly after 5:30 a.m.