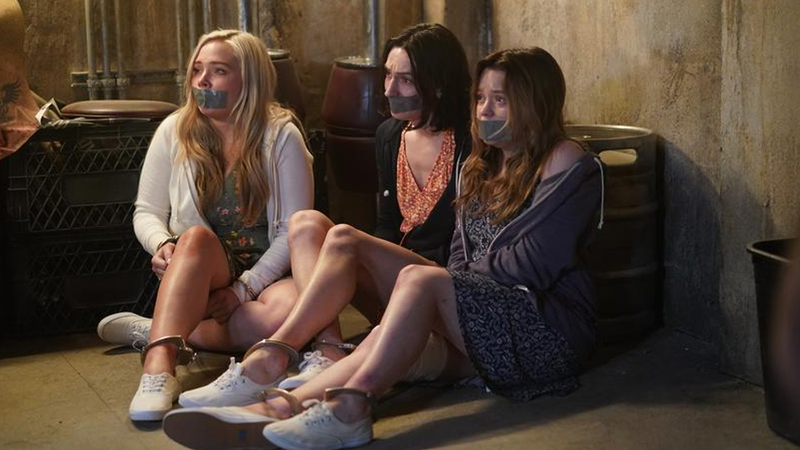 'Big Sky' picks up with new episodes after big bombshell

NEW YORK -- "Big Sky" left off with a major character being shot in the head. Now, we pick back up with the sisters and the other woman they were held captive with seemingly being rescued by Cassie.

Well, Sheriff Legarski was shot in the head, so there's hope on the horizon for the Sullivan sisters at last.

"The entire show, we've been kidnapped and into these awful situations," Lind said. "The last episode had a tiny glimmer of hope, but this is 'Big Sky' and nobody is safe."

"Ronald is still out there, you never know what is going to happen next," Pettyjohn said.

The show deals with some very serious subject matter including sexual abuse and human trafficking.

The actresses say that it is a big responsibility for them to portray it accurately and with sensitivity.

"We're not afraid to tell these stories, we want awareness," Lind said.

"Grace is not just a victim who is accepting her fate, she is trying everything she can to get out and I think there's something really beautiful about a young woman who can use her mind and intellect and pure resilience to get herself out," Pettyjohn said.

Don't miss the rest of the Sullivan sisters' journey on the next episode of "Big Sky" at 10 p.m. ET on ABC.