'Mother of all landslides' buries highway in Big Sur 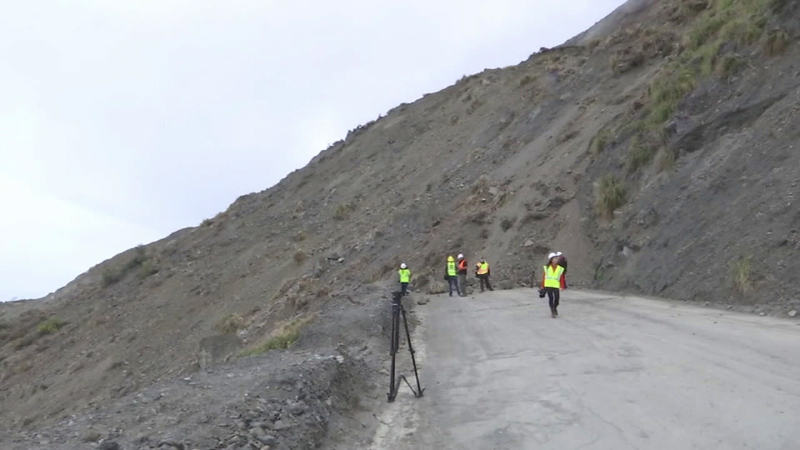 'Mother of all landslides' buries highway in Big Sur

BIG SUR, Calif. (KABC) -- What's been called "the mother of all landslides" has buried a portion of Highway 1 in Big Sur under a million tons of dirt and rock.

For Bob Hillman the coastal stretch of Highway 1 is now almost unrecognizable. He brought his two daughters up from Long Beach to check out the central coast but had to turn around at the road closure.

Thursday afternoon, Caltrans officials showed a stretch of Highway 1 that has come to a screeching halt.

"This is a slide that's actually five slides in one and it really began in January," said Susana Cruz of Caltrans.

Cruz said three weeks ago, they permanently closed the road to travelers and locals as a precaution and it's a good thing because Saturday night, over 1 million tons of dirt and rock came crashing down, covering over 1/4 mile of Highway 1, just north of the San Luis Obispo County line in Monterey County.

Caltrans is calling it an active landslide. Every few minutes, you can see pebbles rolling down the mountain.

It's being called one of the biggest landslides in California history, and Caltrans is exploring options for the multi-million dollar repair.

"Let's say the roadway is gone, they'd have to reconstruct the roadway, they would have to basically shore up the hillside and either put a netting or something for future slide activity," Cruz explained.

Cruz said this year's punishing rain just ended up being too much. She compared the landslide to another one in 1983, about 15 miles north of this one on Highway 1.