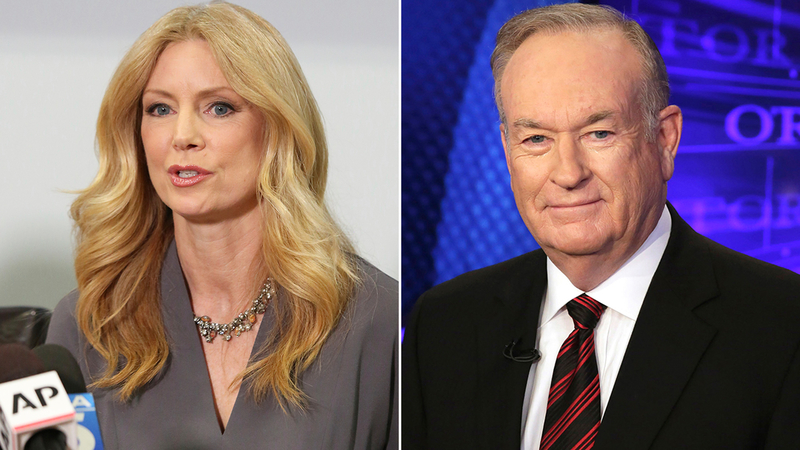 WOODLAND HILLS, LOS ANGELES (KABC) -- A former Fox News guest claimed she lost a segment on "The O'Reilly Factor" after she refused to go to Bill O'Reilly's hotel room following a 2013 dinner in Los Angeles.

During a Monday news conference in Woodland Hills, Dr. Wendy Walsh and her attorney Lisa Bloom called for an independent investigation of sexual harassment allegations against the Fox News host.

"The last time I saw him I was actually in New York on a book tour on his set live. He wasn't talking to me," Walsh recalled. "We were being mic'd and he was down looking at his scripts, and it was the first time I think I had been in his physical presence since that night, and he looked up from his scripts and said, 'When are you leaving?'"

Roger Ailes, the former chief of Fox News, was forced out in 2016 after several claims of sexual harassment, including those by Gretchen Carlson and Megyn Kelly.

In response to the report in the New York Times, O'Reilly released a statement, which said in part, "Just like other prominent and controversial people, I'm vulnerable to lawsuits from individuals who want me to pay them to avoid negative publicity. In my more than 20 years at the Fox News Channel, no one has ever filed a complaint about me with the Human Resources Department, even on the anonymous hotline."

21st Century Fox also issued a statement, which read in part, "21st Century Fox takes matters of workplace behavior very seriously... We have looked into these matters over the last few months and discussed them with Mr. O'Reilly. While he denies the merits of those claims, Mr. O'Reilly has resolved those he regarded as his personal responsibility. Mr. O'Reilly is fully committed to supporting our efforts to improve the environment for all our employees at Fox News."