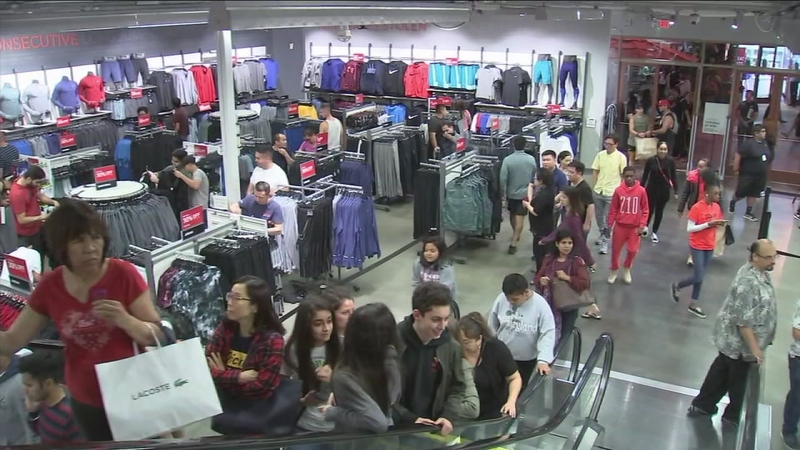 COMMERCE, Calif. (KABC) -- Black Friday is starting earlier and earlier. At many stores, it began Thursday night before the Thanksgiving dishes were even put away.

At the Citadel Outlets in Commerce, the doors opened at 8 p.m. Thursday - and were staying open for the next 27 hours.

Everywhere you looked there were lines - and deep discounts. DJs were spinning tunes and people were running from store to store to snag the deals.

"We're doing a lot of shopping," said one shopper at The Citadel's Nike Town store, who was lugging around suitcases to carry her purchases. "We've been waiting in the line for almost two hours. It's go time."

Similar sights were seen at other malls and big-box stores throughout the Southland.

At the Best Buy in Atwater Village, Karen Smith had slept outside the store since Monday.

This is her 14th year coordinating an army of family and friends, searching out the best deals.

"The items that aren't ticketed, you gotta know where they're at," Smith said. "And then, you gotta have people because there's going to be a long line paying, a long line going in and a long line everywhere."

The big deals at Best Buy included $200 off Apple products including computers and iPads. And hundreds of dollars off on smart TVs.