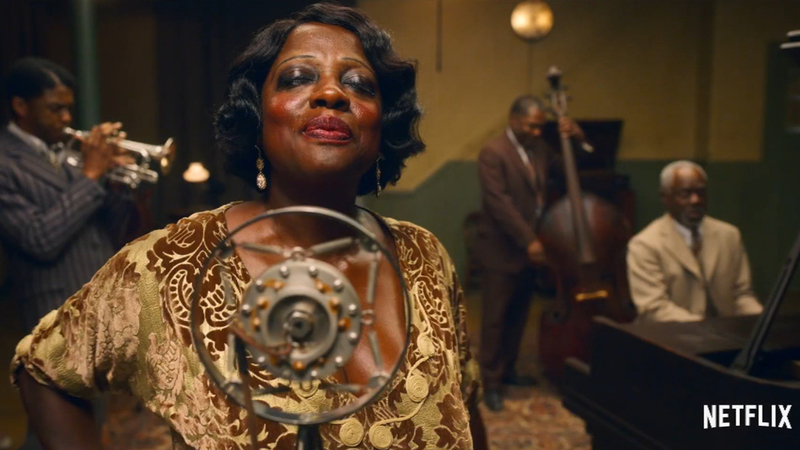 One scholar calls the current slate of films with African American casts "a gift...a commitment to Black freedom that couldn't have happened just a few years ago."

Indeed, the scope of Black history represented in "Ma Rainey's Black Bottom," "The United States vs. Billie Holiday," "Judas And the Black Messiah," "One Night in Miami," and "Da 5 Bloods" is remarkable, even unprecedented.

"They want to call me the mother of the blues, that's alright with me it don't hurt me none," says Viola Davis as Ma Rainey, who sang the blues in the 1920s.

Billie Holiday performed in the 40s and 50s, when she was hounded by the government for performing her song, "Strange Fruit," about lynching in the South.

Disney-Pixar's "Soul," currently streaming on Disney+, taps into a rich vein of African-American culture to tell the story of a Queens music teacher who dreams of becoming a great jazz musician.

By the 1960s, the Black Panther Party was in the government's crosshairs. "Judas" was a member of the group who was pressured to become an informant, while "The Black Messiah" was a leader named Fred Hampton.

"Da 5 Bloods," directed by Spike Lee, are veterans coming to grips with the tortuous legacy of Vietnam.

"This is a new version of Blackness," said Eisa Nefertari Ulen, a professor at Hunter college.

She says we have a convergence of Black film now because of what's been happening in the political realm.

The Black Lives Matter movement has led to greater opportunities for filmmakers, like Shaka King, an NYU graduate mentored by Spike Lee.

"I just think the culture at this moment is such where people are a little bit more curious and interested and ready to digest some of this information than they were before," he said.

His film, "Judas And the Black Messiah," came together quickly after other directors spent more than a decade trying in vain to bring this story to the big screen.

Sandra Bookman reports on the archive helping future generations learn about the many accomplishments of African-Americans.

That's a victory for members of his cast like Dominque Fishback, who plays Hampton's wife.