Why did Blue Cut Fire grow so quickly? 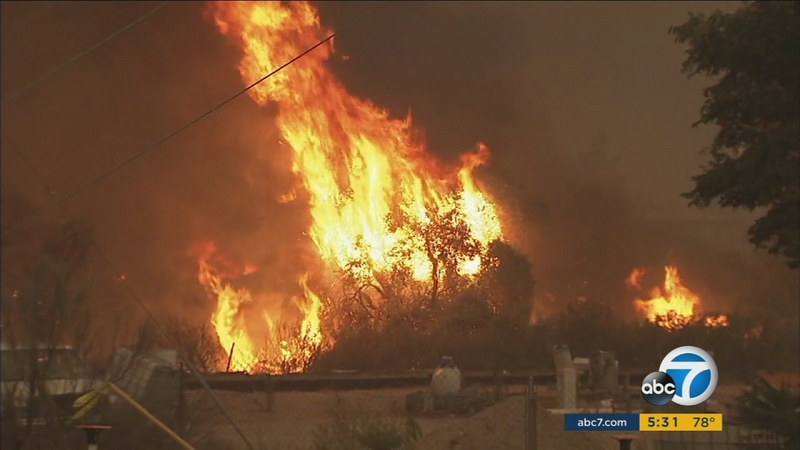 A professor at Pomona College who has studied fire behavior for years said fires in Southern California have become more explosive.

There are two reasons for that, said Char Miller, a professor of environmental analysis.

"One of which is the drought, and climate-change factors are huge in this regard," Miller said. "That plant material up in those mountains are as dry as they can be."

But at the same time, he noted, there are unique geographical factors associated with the Cajon Pass area. The region has developed its own ecosystem because it's a wind tunnel, he noted.

The winds in particular, he said, create the greatest risk of the fire spreading quickly.

"There's an old adage from a firefighter I learned. Which is when the winds are blowing 10 miles an hour you're a firefighter. Anything over that, you're an observer. And what they're reporting now is 80-foot wall of flame - you get out of the way."

Residents who live in fire-prone areas along the San Gabriel Mountains are well aware of the risk. They note the importance of being prepared at all time and taking steps to try to protect their homes.

"My house has sprinklers. I have a pool with a pump that I can wet things down, which can protect me," said Sierra Madre resident Carlos Morales.