1 dead in fire on 35-foot boat near San Pedro 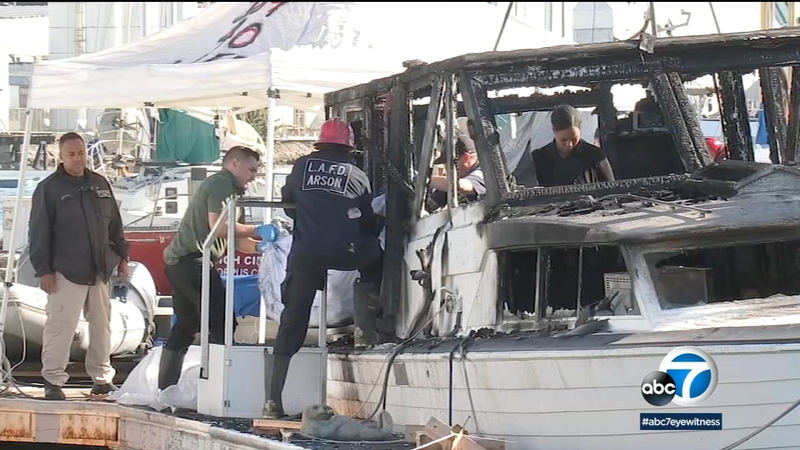 Firefighters were able to extinguish the blaze in about 16 minutes.

After putting out the fire, crews discovered a 69-year-old woman deceased aboard the boat, which was still afloat.

The cause of the fire and the woman's death remain under investigation. The victim's name has not been released.

"She was a nice lady. She had a good heart," said Chris Girardea, who said he knew the victim.

No other injuries were reported. The cause of the fire remains under investigation.