Police chase ends with boat on fire in Compton - VIDEO 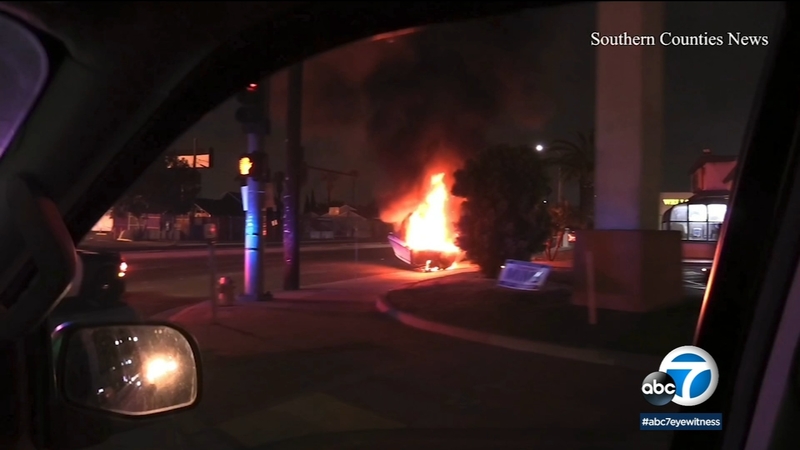 COMPTON, Calif. (KABC) -- Video captures the end of a dangerous police chase through Compton that ended with a boat on fire.

The wild sequence of events began after a man driving a stolen truck hauling a boat struck an LAPD officer around 3 a.m Sunday.

Police immediately took up the chase, which ended a short time later near Rosecrans and Central Avenue, with the suspect surrendering.