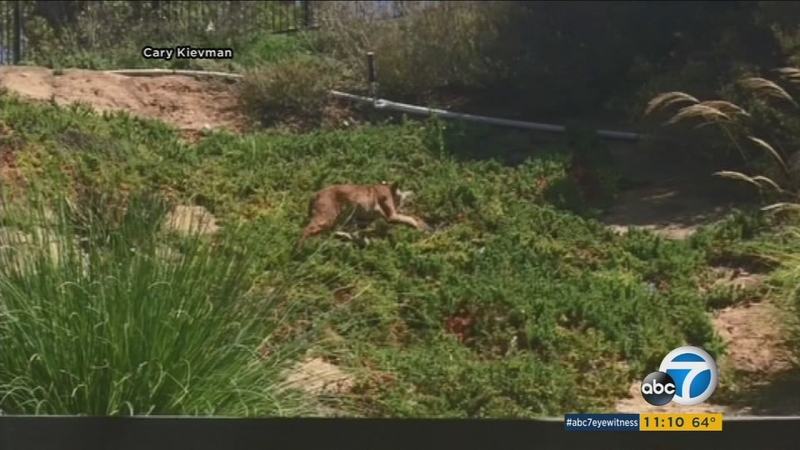 MOORPARK, Calif. (KABC) -- A bobcat and its kittens were spotted roaming a Moorpark family's backyard. Now, parents are concerned about their kids' safety.

Area resident Cary Kievman said he spotted the adult bobcat early Wednesday morning when it tore across his yard and vaulted a 7-foot gate.

"I thought it was a mountain lion, but I couldn't believe it was in my backyard," Kievman said.

While bobcat sightings are common in the area, it is rare to see one with its babies. Several kittens have been spotted skittering about the hillside, climbing trees and running after mom.

Cheri Stone of Ventura County Animal Services says that people do not need to be afraid.

"Bobcats do not hunt people. They want to run away from people or hide from people, so no they are not considered dangerous to people at all," Stone said.

However, Kievman is worried about his children.

"My kids won't be playing in the backyard. That's number one. My daughter's extremely scared," Kieveman said.